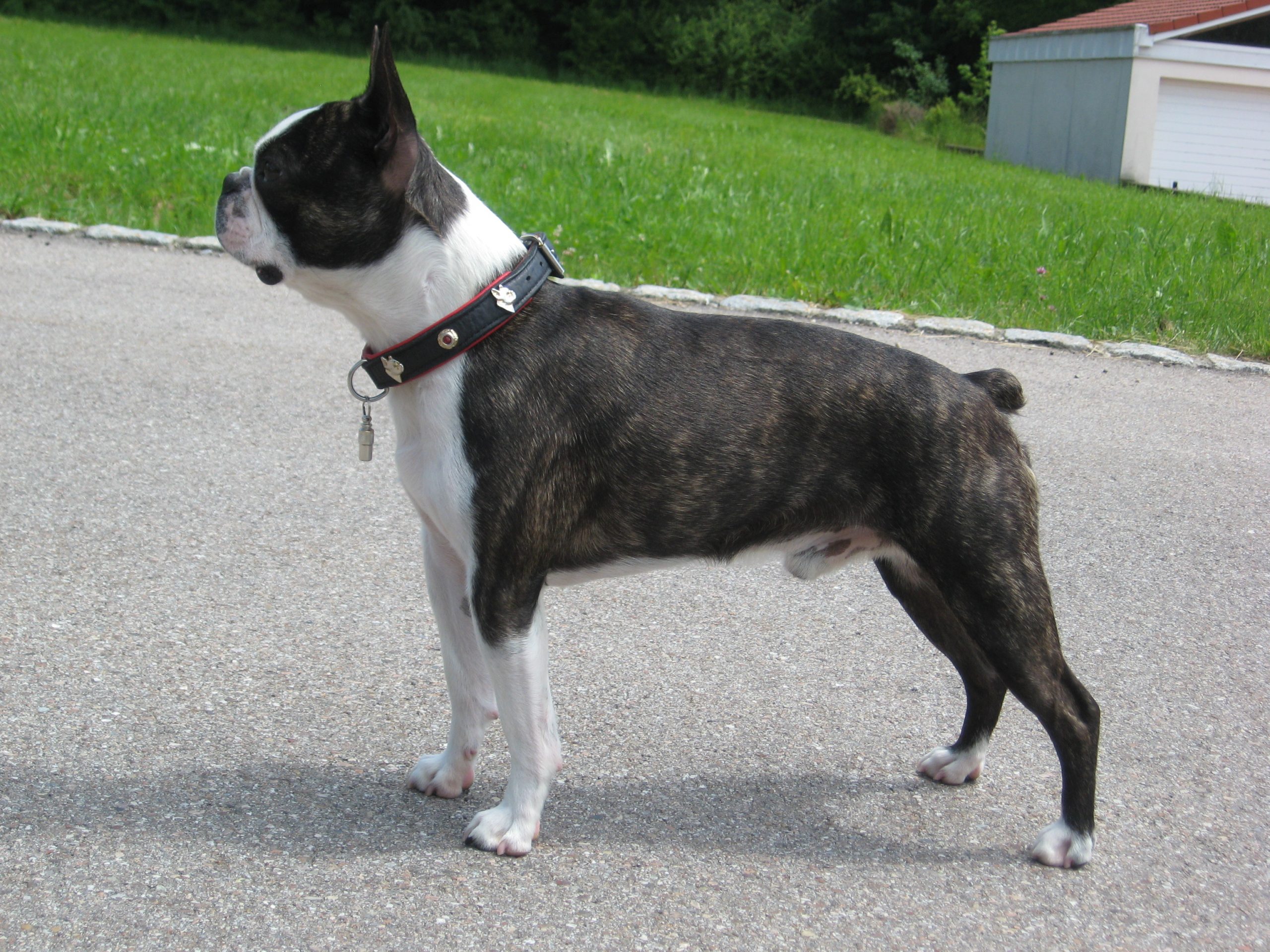 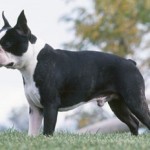 Want to learn how to transform your Boston Terrier’s behavior? Click here to find out how.

The Boston Terrier is an American breed that was created by crossing the French Bulldog and the White English Terrier. This breed originally developed as a fighting dog.

The Boston Terrier is a small dog that only stands between 10 and 16 inches tall. Its weight usually stays between 11 and 24 pounds. Their coats are short and silky. This breed comes in two color varieties: a black coat with white markings or a brindle coat with white markings. Some of the health issues that this breed is susceptible to are cataracts, breathing problems, and whelping difficulties.

The Boston Terrier can often have a large variety in personality with one member of a litter having certain traits and another with completely different traits. As these dogs can have dominant personalities it is important to start early with obedience training.

Boston Terriers originated in the United States. They are small but compact dogs. They determined and tough. However, they are also faithful and affectionate companions.

Origin of the Boston Terrier

The Boston Terrier originated in the United States in 1870. Originally, it was a cross between an English Bulldog and an English White Terrier. They were made smaller down in size by interbreeding the original lines with smaller females until finally, an offspring was interbred with one or more French Bulldogs. The resulting offspring became the foundation of the modern Boston Terriers.

Their build is compact and well-muscled and they have very distinct faces. The muzzle is short and wide and their large round eyes are set apart from each other. Their neck is slightly arched and their chests are broad their limbs are straight and muscular.

The coat of a Boston Terrier is usually short with a fine texture that comes in brindle and white, or black and white, and some are brown and white.

Temperament and Tendencies of the Boston Terrier


The Boston Terrier is a fairly active dog. The breed has an excellent disposition and a high degree of intelligence. They are enthusiastic but usually very well-mannered.

Boston Terriers are very eager to please and learn. They thrive on positive reinforcement but are especially sensitive to harsh methods of training. Boston Terriers are very sensitive to the tone of your voice. Don’t shout at them, it will make them feel miserable and may produce anxiety. They may try to take the alpha role if you are not clear with who is the leader.

They are very friendly creatures and are great with children and other animals as well. However, the breeds’ behavior may vary a lot. Since they were previously bred to fight, they can become stubborn and aggressive, but with extensive socialization, they can become very pleasant companions.

They may bark but they will usually only bark if they sense something unusual. Barking at strangers incessantly is not a natural Boston Terrier trait. Usually, they consider everyone a potential friend.

In order to train Boston Terriers effectively, the owners must display leadership. With meek and inconsistent owners, they tend to become too willful. They will begin to believe they are running the show. They will become dominant and treat their owners as subordinates.

Socialization is also very important for Boston Terriers. Highly socialized Boston Terriers turn out to be affectionate, friendly, and refined. Boston Terriers are very alert dogs. If trained to be guard dogs, they can excel with no problem.

Make sure to correct unwanted behavior and establish leadership as early as possible.

House training Boston Terriers may be challenging. Generally, they have difficulty because of their small bladders, especially when they are still young. Yet, with consistency, they can adapt not to urinate or defecate in inappropriate places.

Want to learn how to transform your Boston Terrier’s behavior? Click here to find out how.