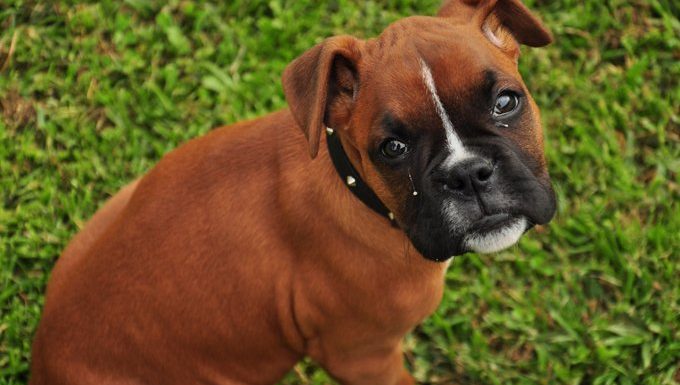 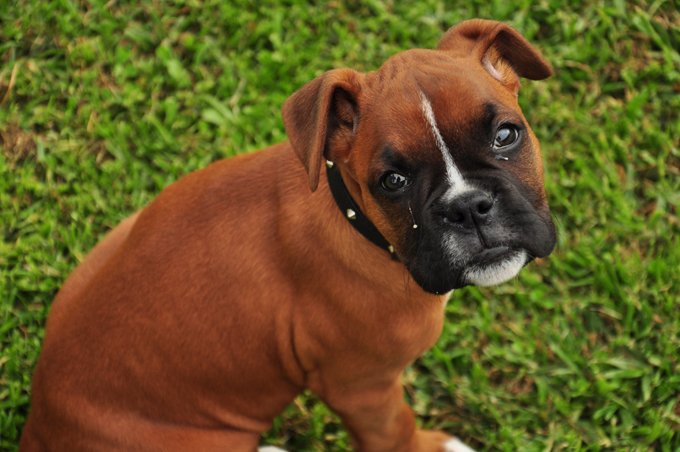 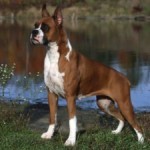 Want to learn how to transform your Boxer’s behavior? Click here to find out how.

The Boxer is a German breed that was created by crossing a Bullenbeisser, an extinct breed, and an English Bulldog. This breed was originally very aggressive and used for fighting and baiting bulls. However, over the years this breed lost their aggressiveness and it has become better suited for family life. With proper training the Boxer can make an excellent companion for adult and child alike. Be prepared, though, as they often have a very high level of energy.

The boxer is a mid-sized dog breed that typically stands between 21 and 25 inches tall. They are noted for their muscularity and gorgeous appearance. They usually weigh between 66 and 70 pounds. Their coat is short, smooth and shiny. Their coat can come in a variety of colors and have several different marking patterns. Some of the most common colors Boxers have include white, brindle, and fawn. Although they have short fur they still do shed, although it may be less noticeable due to its length.

Boxers are affectionate and playful breeds. Their past may indicate ferociousness but their general temperament of todays breed is rather friendly and welcoming.

Boxers are one of the most popular breeds of dog today.

Origin of the Boxer
Boxers were developed in Germany and they are believed to have been descended from the Bullenbeiszer and the Barenbeiszer, two German mastiff type of dogs. Later they were crossed with bulldogs and a few other ancient mastiffs.

They were once used in the violent game of bull baiting, for pulling carts because of their strength and as a hunting companion.

This breed is relatively new and it wasn’t until 1904, when the first Boxer studbook was created, that breed standards were finally established. The name “Boxer” came from the earlier fighting instincts of the breed.

Early Boxers were indeed ferocious because they were mainly bred for viciousness but nowadays they are gentle and obedient breeds. They have versatile uses and they are now prized for companionship.

Boxer Appearance and Abilities
Boxers are solidly built and compact. They look powerful and muscled. They have round, powerfully built necks and do not have any dewlap. There are two types of Boxers to consider, the larger and more muscular German type and the American type of boxer.

The most distinctive feature of the Boxer is its head. It must be perfectly proportioned to the body and above all it must never be too light. They also have powerful jaws ideal for hanging on to large prey.

They close-fitting coats that come in fawn, brindle, white and various shades of red, with white markings. Boxers’ tails are carried high

Temperament and Tendencies of the Boxer
Boxers are active dogs. They are playful and high-spirited. Their physicality can be quite overwhelming but they are loyal, affectionate, and obedient. In fact, they are great dogs for obedience competitions. Boxers are very eager to please and have remarkable intelligence.

They often love and get along well with children. They also often get along with other canines and cats as well if properly socialized. Game-like animals however, can be too tempting for Boxers. However, they tend to get boisterous and jump at people. Calm training is a must for Boxers.

They tend to paw things such as toys and food. This is another reason why they may have been named Boxers. Boxers seem punch everything they touch with their paws. This habit may make them seem funny and clown-like.

Boxers are courageous animals and can protect their masters when threatened.

Boxer Training and Care
Leadership is the key to managing Boxers. The objective in training this breed is to achieve a leadership status. So, as a member of the group, owners must find themselves in a leadership role. Meekness and inconsistency can send this breed a mixed signal. When this happens, the Boxer is demanding, stubborn, and boisterous.

Boxers require daily walks and occasional plays such as fetching things. So, apartment living is okay as long as you can give them adequate physical and mental stimulation.

Boxers are naturally clean dogs. They clean themselves like a cat does. Grooming their short smooth coats is very easy. Bathe only when necessary. Don’t give too much bathing because it removes natural oils from their skin.

Want to learn how to transform your Boxer’s behavior? Click here to find out how.