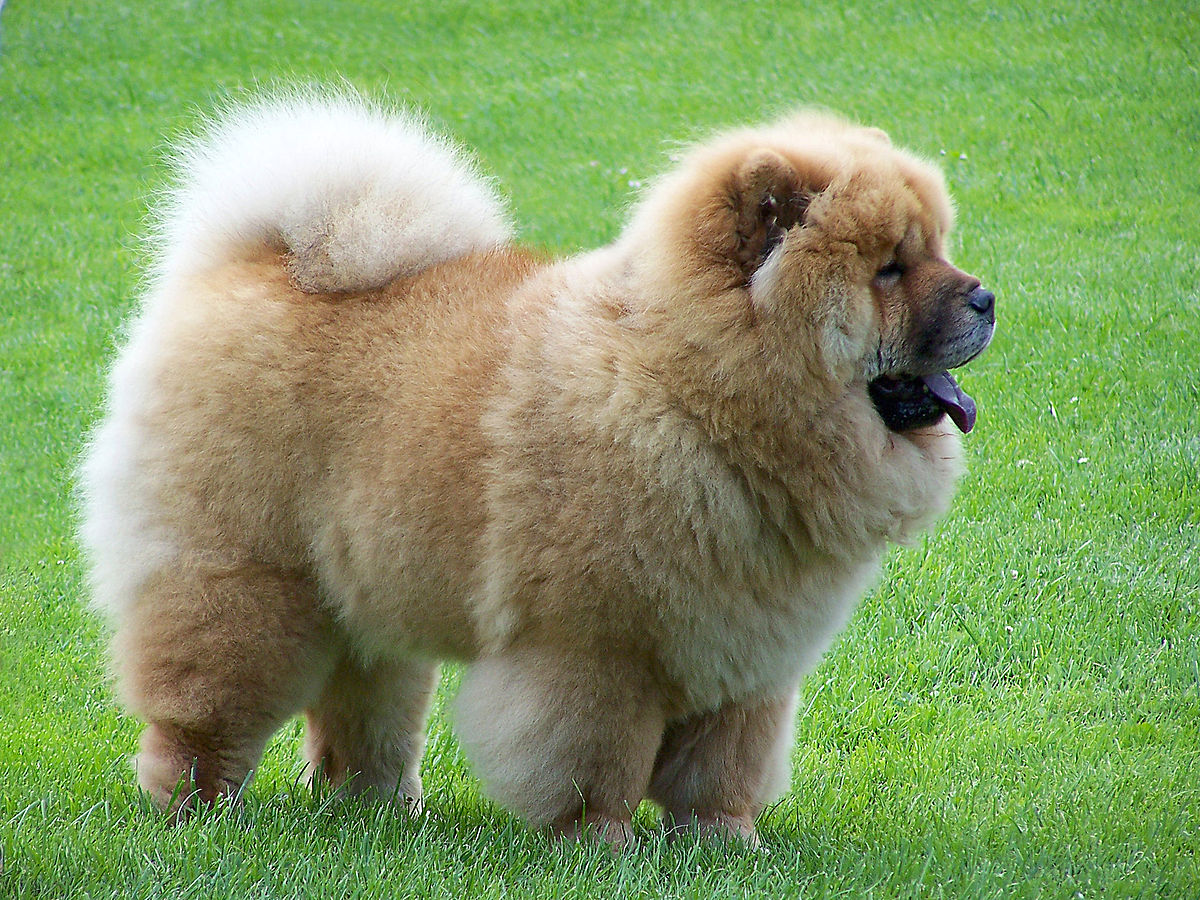 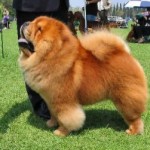 The Chow Chow is a Chinese breed that developed for guarding temples. Their name, Chow Chow, comes from a Cantonese word that means food. They most likely originated from a crossing of Mastiff-like dogs and primitive spitz.

The Chow Chow is characterized by their lion-like mane and black tongues. They are a medium sized dog that stands between 18 and 22 inches tall and they weigh between 45 and 75 pounds. Their coat is thick and course and comes in shades of cream, red, fawn, black, and blue. This dog has a tendency to be aggressive, especially around other dogs and animals. They are best suited for families with older kids and no other pets. Some of the health concerns that are associated with this breed include hip dysplasia and entropion.

History and Origin of the Chow Chow


The Chow Chow or just Chow for some is one of the oldest dog breeds. Its exact history is rather unclear but most accounts say it came from China.

Historians have recorded that when Tartars invaded China about a thousand years before Christ, some were brought back to the Western world and they looked like “lions” with their long manes of hair and unusual blue-black tongues. These are believed to be an ancient line of the Chow Chow breed.

The breed is depicted in pottery and sculptures of the Chinese Han Dynasty. This is from 206 B.C. to 22 A.D. Some even believed that it was even a much older breed that may come originally from the Arctic Circle; eventually, migrating to Mongolia, Siberia and China.

Some experts even claim that the breed is the original ancestor of the Samoyed, the Norwegian Elkhound, the Pomeranian and the Keeshond.

The breed has an aristocratic bearing with dignified manners; it also has a lordly scowl that makes it unlike any other dog.

The Chow Chow is an arrestingly beautiful animal. It has perfect balance, a compact body and a proud, lion-like head. It is a medium-size dog generally weighing from forty-five to seventy pounds with height that ranges from seventeen to twenty inches at the withers.

The Chow Chow should be balanced and the height of the Chow at the withers should form a square with the length of the Chow’s body. It has a heavy head and muzzle and it is surrounded by an off-standing ruff much like a lion’s head.

The Chow Chow is a friendly to the people it is familiar and comfortable with, yet somehow reserved if it sees someone as a stranger. It asks only to be loved and socialized by his family and friends.

The breed is intelligent but high intelligence does not necessarily mean easy to train. Unlike other breeds, they do not have a strong desire to please their masters by obeying commands or performing tricks. They are dignified and think highly of themselves. The Chow Chow is an independent thinker and they do what they please.

They do not tolerate physical punishment and can’t be forced into anything. Hitting or beating a Chow will either result in viciousness or a broken spirit.

This dog is very territorial and has strong guarding instincts. It takes its home and family very seriously as well as its responsibility to protect what it loves. Once, the owner has earned the respect of the Chow Chow, it is extremely loyal and protective of its masters.

Due to its guarding instinct, the Chow Chow should be socialized early. It should be comfortable with different people and animals. Socialization will make the dog think that not all strangers are threats.

Always assume the leadership position so the dog will become more manageable. Chow Chows are naturally willful but when they think that they are above humans, they are difficult to manage and it can be hard to train them.

The breed is naturally lazy but they need to be exercised a bit. Take daily walks with the Chow Chow to keep them fit. The Chow Chow will do okay in an apartment if it is sufficiently exercised.