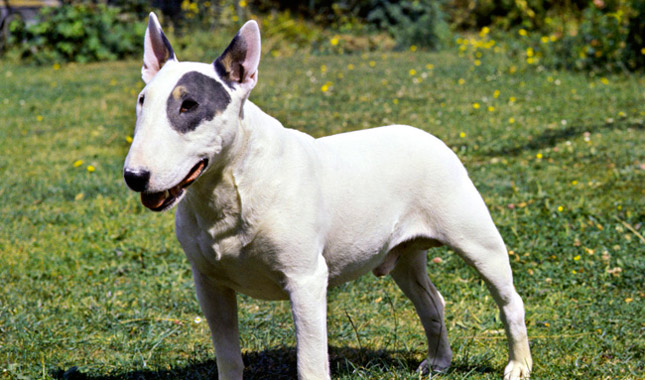 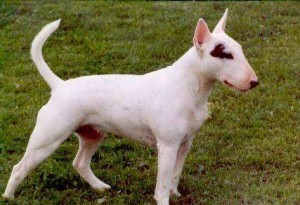 Want to learn how to transform your Bull Terrier’s behavior? Click here to find out how.

The Bull Terrier, also referred to as the English Bull Terrier, is a British breed that was developed to bait bulls, fight, and hunt vermin. While this breed has been around since the early 19th century, its popularity soared in the U.S. when it was introduced to the American public as a commercial icon.

This little dog usually stands between 21 and 22 inches tall and it weighs in under 62 pounds. The heredity of this animal includes bloodlines from the Bull Terrier and from the English
Bulldog. It retains characteristics from both of these family members. It has a short coat that lies flat against its body. The pure white body with a black eye patch is the color combination that most people thick of when they think about Bull Terriers, however, they also come in solid colors of white, black, red, fawn, brindle, and tri-colored.

Want to learn how to transform your Bull Terrier’s behavior? Click here to find out how.