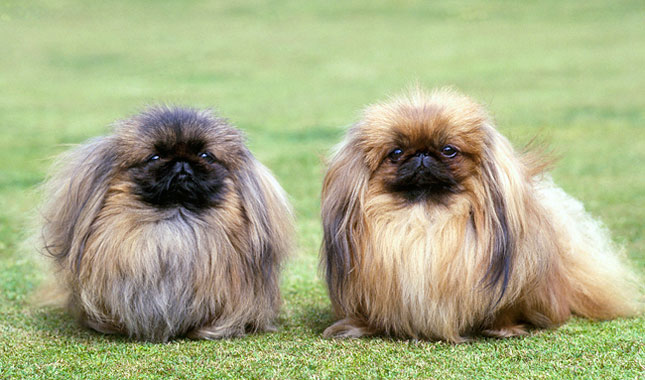 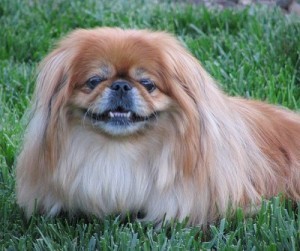 Want to learn how to transform your Pekingese’s behavior? Click here to find out how.

The Pekingese, also called the Lion Dog and the Peking Palasthund, is a Chinese toy breed. Their ancestry can be traced back 1500 years. They were originally developed as a palace dog. Today this breed is very popular as a show dog, as a companion dog, and as a family dog.

The Pekingese is a tiny little dog that stands between 6 and 9 inches tall and weighs between 7 and 12 pounds. They have a long double coat that comes in a variety of colors and patters. They are a great companion dog, however, they don’t get along well with little children. They can be a bit grouchy if you try to wake them up when they are sleeping so they are best suited for quieter homes.

The Pekingese is a dog of royalty that originated in China. They are regal small dogs that can be great companions if treated with affection and given appropriate training.

Chinese artwork depicts images of the Pekingese as early as the Tang dynasty of the 8th century. The name obviously came from the ancient Chinese city of Peking, now Beijing.

The breed was highly esteemed in early China, and sometimes considered sacred. The Pekingese, at that time, could only be owned by royalty. They were so loved by royalty that the punishment for stealing or harming a Pekingese was death.

They had reached Europe as a result of war and in 1860, when the British overtook the Chinese Imperial Palace, they returned home with several of the dogs.

Appearance and Abilities of the Pekingese


The Pekingese is a well-balanced and compact dog with a heavy front and lighter hindquarters. It is a small dog but should not be considered delicate or dainty. It is quite heavy for a small dog. It has a stocky, muscular body beneath its long coat. The head is large in proportion to the body.

The Pekingese coat is a lengthy, coarse-textured, straight, stand-off overcoat, with a thick, soft undercoat. Long and profuse, it forms an obvious mane on the neck and shoulder area. It can be in any color, but the breed should always have a black face, especially around the eyes, with lines going to the ears.

They have long undercoats that may need at least an hourly brushing session per week.

The Pekingese is lion-like, with a look that implies courage, dignity, boldness and self-esteem. Like royalty, they possess an air of regal dignity, intelligence and self-importance. They are good natured, opinionated and affectionate family companions. They are also very direct, independent, and possess individualistic temperaments.

Its size is misleading. The Pekingese is bold and courageous rather than dainty or delicate. They have a tendency to become overweight if overfed. However, they have been known to refuse to eat if not fed properly with quality foods. Alert and wary, they can become good watchdogs.

They are fairly inactive when kept indoors.

Training and Care of the Pekingese


The Pekingese have strong inclinations to develop “small dog syndrome” if not trained appropriately. Always maintain alpha dog status to keep them well behaved and manageable. If not, they may develop negative behaviors, including, but not limited to being obstinate, showing jealousy, having separation anxiety, over guarding, excessive or unprovoked growling, snapping, or biting, and obsessive barking.

The Pekingese are quite difficult to housebreak. Consistent and firm house training is required.

The small size of the Pekingese makes it a good choice for apartment life. The Pekingese won’t need a yard; they will do fine with small areas. Fairly inactive when inside their homes they should be taken for daily walks.

Playtime and long walks are needed to exercise their primal instinct to wander and explore. Lack of exercise will encourage the dog to develop bad behaviors.

Want to learn how to transform your Pekingese’s behavior? Click here to find out how.