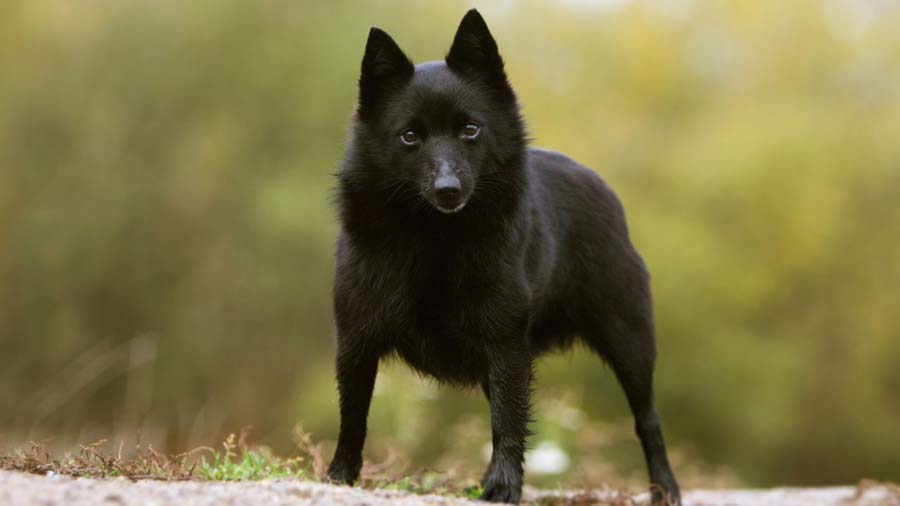 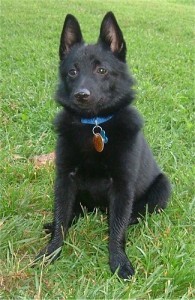 Want to learn how to transform your Schipperke’s behavior? Click here to find out how.

The Schipperke is a Belgian breed of non-sporting dog. They stand between 10 and 13 inches tall and weigh between 12 and 16 pounds. They have a full thick coat that is solid black. This breed is comfortable as a vermin hunter and as a family pet. If you plan on introducing this dog into an established family with kids and other pets you will want to properly socialize the dog and supervise its interactions until you are comfortable that they have been integrated into your family.

Origin of the Schipperke


Historically, the Schipperke is a watchdog and vermin hunter. It is a small dog with Belgian roots and originated in the early 16th century, particularly in Flemish regions. A dispute about which type this dog belongs to, either spitz or miniature sheepdog, has been long disputed.

It is widely believed that they are bred down versions of dogs called Leauvenaars. They have worked as a companion of tradesmen and also used as a watchdog and ratters on the river barges. The name “Schipperke” came from the Flemish word “schip” which means boat. The breed was also nicknamed as the “Little Captain”

The Schipperke is a small dog. It is known for its mischievous expression and charming nature. It has a thickset body and they typically have very short tails almost non existent tail. However, some may be born with a longer tail but this is considered undesirable at competitions. The body is compact and square in appearance when viewed from the side.

The breed has a fox-like face and should appear wedgy with a pointed muzzle. It has small erect ears that are triangular in shape. It possesses a mischievous, questioning and alert expression.

It has a distinctive black double coat and a ruff around its neck. The coat stands off from the body and is coarse to the touch. Based on AKC standards, the breed should only come in solid black. However, the breed also comes in a handsome range of tans and fawns which are acceptable abroad.

Temperament and Tendencies of the Schipperke


Joyful and enthusiastic, the Schipperke is a quick, energetic little dog. The Schipperke is high-spirited, alert, and self-confident but can sometimes be willful. The breed really bonds with its master and always seeks human companionship and leadership. It is very devoted and loyal.

They are dependable with children and can adjust well with other animals.

Smart, curious and mischievous, this breed is fun to be around. Its best quality is its guarding and protective instincts. It has the ability to defend its home against intruders. It is fearless and will not back down from suspicious strangers.

The Schipperke should be socialized well to prevent them from becoming wary and aloof with strangers.

It is easy to train especially with the implementation of positive reinforcement techniques in training. Positive praises are the way to go when training them to learn obedience commands and fancy tricks.

Being small dogs, the Schipperke is prone to developing Small Dog Syndrome if not trained properly. Cute as they are, owners should treat them as dogs. A strict set of rules must be defined and you must always assume pack leadership.

The Schipperke is a good dog for apartment life but they can be very active indoors. This breed is incredibly quick and it is a good idea to give them time and space to play and run.

Want to learn how to transform your Schipperke’s behavior? Click here to find out how.