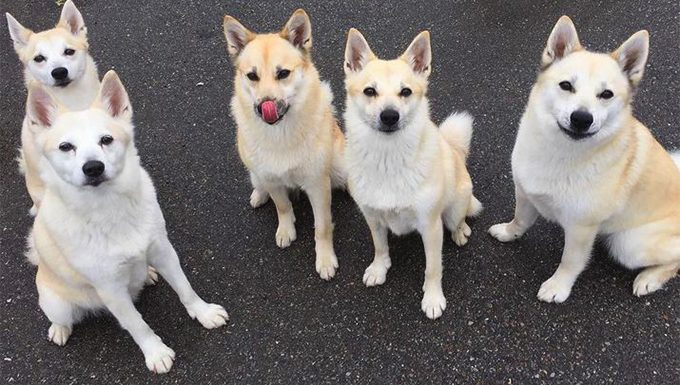 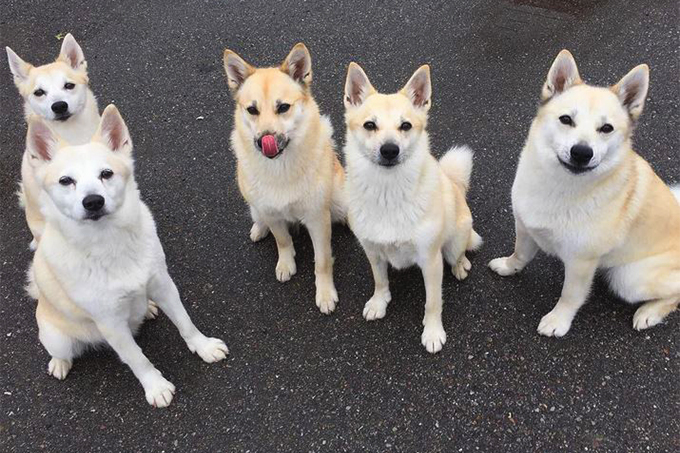 Want to learn how to transform your Norwegian Buhund’s behavior? Click here to find out how.

This is a very intelligent breed that needs lots of mental stimulation and training in order to be happy.

History and Origin of the Norwegian Buhund


The Norwegian Buhund is bred as an energetic working dog, Buhunds herd livestock and guard home and family. This fun-loving Norwegian dog has existed for centuries, sailing on Viking ships and working hard on farms in Norway. These dogs have been discovered in many ancient Viking burial grounds.

The Norwegian Buhund is an ancient dog with the earliest records of the breed going as far back as 870. The Vikings took Buhunds with them to settlements in Iceland and Britain where the breed may have been one of the foundation stocks for several other herding breeds.

Norway continued to treasure the breed and began hosting Buhund shows in the 1920’s. Today, they are often a breed chosen to be trained in order to work with special needs individuals. They are trained to aid the hearing impaired, perform certain types of police work, and perform in obedience and agility trials.

The Norwegian Buhunds belongs to a large class of dogs called the Spitz type. It is medium sized and lightly built. The Buhund ranges in size from about 17 to 18 inches, and from 30 to 40 lbs. It is sturdy and strong, yet athletic, agile, and light on his feet.

They have prick ears, a wolf-like face, and a curled tail. It has a gait that is free and effortless. The top line remains level while moving. Sound movement is essential for working ability.

A thick fluffy double-coat covers this breed and coat colors vary from yellow and red to gray and black with many shade variations; most of these hues have white mixed in as well.

Temperament and Tendencies of the Norwegian Buhund


The Spitz family of dog is outgoing, affectionate and intelligent and the Norwegian Buhund is no exception. You will find your dog to have an extremely friendly and playful manner. Family is most important to this loving dog and they are always trying to lick or cuddle with their owner. It gets along with both people and other animals.

The breed is naturally vigilant, cheerful, active, untiring, and attentive. Most Buhunds show instinctive herding behavior and many love to retrieve. This makes them a natural for many activities but can result in a tendency to chase.

It can be a good watchdog. It is courageous and vocal when faced with unfamiliar people and situations. However, it is rarely hostile or aggressive and is unlikely to bite or snap unless provoked

This breed makes a wonderful companion for active people and large families and will thrive in a home where plenty of exercise is provided. They need physical and mental stimulation and require consistent, firm leadership as they can be headstrong if they sense their handlers are not as strong minded as they are.

Sometimes standoffish to strangers, the Norwegian Buhund needs extensive exposure to people and to unusual sights and sounds. Otherwise their natural caution can make them become suspicious, making them difficult to live with. Extensive and early socialization is a must for this breed.

Buhunds are quick learners and any chasing tendencies that do develop can usually be eliminated with correction by the owner.

Very little grooming is needed for the Norwegian Buhund even with their thick fluffy coat — brushing will maintain the breed’s medium to short easy care coat.

Want to learn how to transform your Norwegian Buhund’s behavior? Click here to find out how.