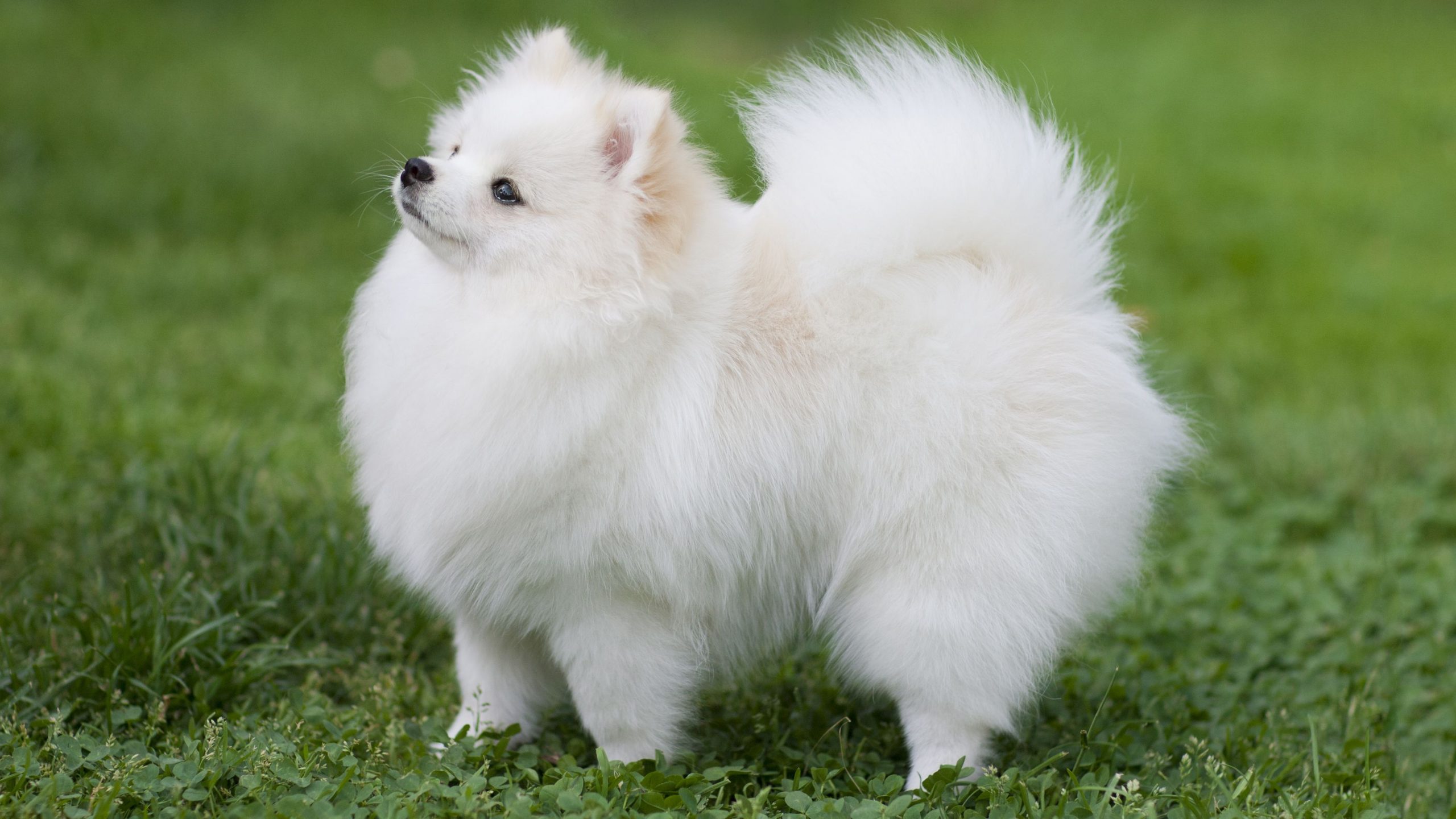 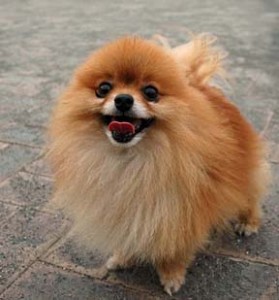 Want to learn how to transform your Pomeranian’s behavior? Click here to find out how.

The Pomeranian is a German breed that has existed since at least the 18th century. It is suspected that they developed from a Spitz-like founding breed. This toy breed stands between 8 and 11 inches tall and weighs between 3 and 7 pounds. They have a long and fluffy coat that can come in just about any color. They are a very active and friendly dog, however, they usually don’t get along well with young children. They do make a great companion dog for the elderly as they don’t need a lot of exercise beyond what they get running around inside.

Because of their very small size this breed can be difficult to house train as it is not easy to catch the dog in the act of going to the bathroom on your floor. Use lots of supervision when this dog is young in order to mold proper puppy behavior.

The Pomeranian, also called the Pom-pom or just Pom, is a small lively dog that is extroverted in nature. It is a constantly alert and curious dog.

Pomeranians are one of the more popular dogs today. They are adorable little canines that are great companion dogs as well as show competitors.

The Pomeranian was originally used to herd sheep. They were significantly larger and heavier back then. Past Pomeranian owners include Marie Antoinette, Emile Zola and Mozart. Queen Victoria was also fanatical about Pomeranians and subsequently made them very popular in England.

The Pomeranian is a compact little dog with a fox-like expression. Pomeranians have heavily plumed tail that are set high and lies flat on the back.

They have a thick double coat. The outer coat is long, straight, glistening and harsh in texture while the undercoat is soft and dense. The coats are abundant, forming a frill which extends over the shoulders and chest. The profuse stand-off double coat usually comes in solid colors. Any solid color is allowed, but the most common are red, orange, white or cream, blue, brown or black.

Pomeranians are talented little dogs. They excel as watchdogs and they have surprising agility. They also thrive in performing tricks.

Temperament and Tendencies of the Pomeranian


Pomeranians are lively and full of fun. They are very intelligent and eager to learn. They want to be taught and will do their best to learn. Pomeranians are devoted and loyal to their owners. They always seek companionship and want nothing more than to be with their family.

They are docile and affectionate. Traits that endear them to many even to those that are not really particular to toy breeds. Pomeranians are curious dogs; they are always alert and always seem to be busy. Even though they always want to be around their owners, they can be independent and capable of looking out for them selves.

With proper socialization, they can get along with other dogs and other household animals. Pomeranians are extroverts, exhibiting great intelligence and vivacious spirits, making them great companion dogs as well as a competitive show dogs.

Pomeranians requires a firm and consistent owner. As owners, you should never allow Pomeranians to develop “Small Dog Syndrome”, a human induced behavior that makes small dogs believe that they are the leader. This is quite common because Pomeranians are very adorable dogs that they are often treated like babies and not given any rules to follow. Just like all dogs, treat them with natural authority and always assume the top spot of the pecking order.

The Pomeranian’s very long, double coat should be brushed frequently. Dry shampoo when necessary. Clean the eyes and ears daily and take the dog for regular dental checkups. The Pomeranian is a constant shedder.

Want to learn how to transform your Pomeranian’s behavior? Click here to find out how.