Want to learn how to transform your Basenji’s behavior? Click here to find out how. 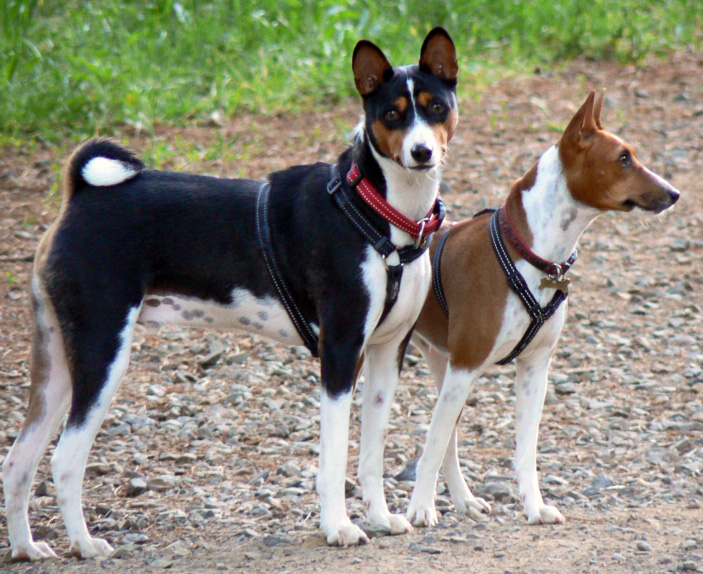 The Basenji is an African breed that developed in Zaire. It is sometimes called the Congo Dog or the Congo Terrier. They are not barkers, however, they do have a range of vocalizations that they make including crows and keening wails. They were developed to flush game birds from the bush.

The Basenji is a small breed dog that will not grow taller than 17 inches, or weigh more than about 24 pounds. They have a short, smooth, silky coat that is appropriate for warming climates. The health problems that are associated with this breed include PRA, intestinal problems, and kidney problems.

To care for this breed you will want to bathe and brush their coat only as needed. They will need daily exercise to keep them from putting on too much weight. They have a naturally curious nature so you will want to make sure that you either keep them on a leash when at the park, or keep them in a securely fenced yard.

Have you ever heard of a “bark-less dog”?

Basenji is a unique breed of dog that does not bark it does, however, produce a weird yodel vocalization when excited. They have cat-like characteristics and they are naturally immaculate dogs.

Basenjis are ancient dogs that originated in Central Africa. The first known traces of the Basenji’s origins were found in Egyptian tombs and wall drawings.

They were hunters in the ancient world. They were used to assist in hunting by chasing game animals into traps and nets set by their masters.

Although very ancient, they were not brought to the western world until the 1930s. The earlier attempt to bring a batch to England succumbed to disease and died.

Basenjis were once speculated that they were descendants of Jackals but later, with the help of modern genetic testing, they were actually descended from Wolves.

Basenjis are small, poised, and athletic-looking dogs. They have a muscular and slender build perfectly suited for agility and speed.

They have excellent senses and are considered sight hounds. Their sense of smell is remarkable as well. They are alert hunters and they have a great ability to chase down game animals with great determination and endurance.

They have smooth and shiny coats with erect ears facing forward and a tightly curled tail. They are elegant looking and their faces seem to always squint. Basenjis always appear to be thinking deeply producing a very serious but amusing look.

Basenjis’ uniqueness starts from the inability to bark. This is because of the innate structure of their vocal chords. They can’t bark but instead they make a yodeling sound. Sometimes they may howl and growl, depending on how they feel.

Another distinctive feature of this breed is that female Basenjis go into heat only once a year, instead of the customary twice a year cycle.

Basenjis are alert and athletic. They are full of energy and always curious about things going on around them. They are constantly ready to act if something comes up. They would be great watchdogs if they could only bark. They are independent and can go on their own but also willing to be trained.

They are Houdinis of the dog world; they always seem to be able to find a way to get out of fenced yards and they are able to climb. Basenjis are cat-like and tend to clean themselves. They are clean, nearly odorless dogs.

Basenjis are frisky and tireless playful dogs. They are balls of energy, always teasing their masters to play which can be a lot of fun if you are up to it.

They are naturally aggressive to non-canine pets. You should not mix them with other animals. But they are happy to be with other Basenjis. They are quite clannish in nature.

Basenjis needs firm and consistent leadership. Meek and inconsistent owners will find a very hard time managing them. They will take the alpha role for themselves so make sure to establish yourself as the alpha pack member.

Address bad behavior early. They can be very mischievous and a constant “no” command or reprimand must be implemented. Provide positive reinforcement to desirable deeds.

Grooming and hygiene is not a problem with these dogs. Bathe only when necessary. Basenjis rarely sheds which is very good news to folks who are very particular to dog hair.

Want to learn how to transform your Basenji’s behavior? Click here to find out how.