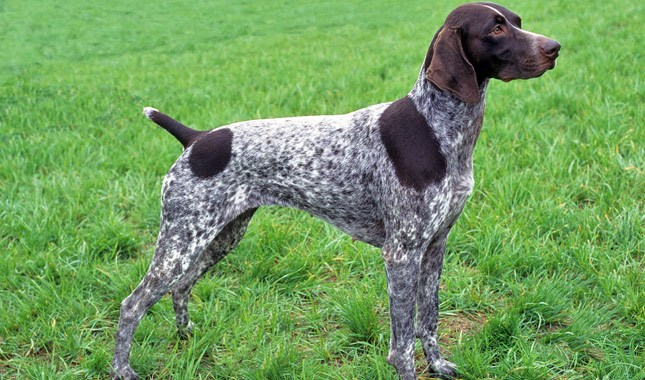 Want to learn how to transform your German Shorthair and German Wirehaired Pointer’s behavior? Click here to find out how. 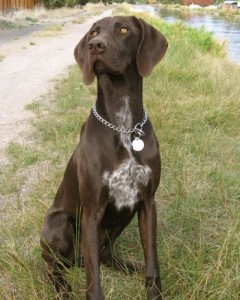 The German Shorthaired Pointer, also referred to as the German Pointer, the Deutscher, the Kurzhaaringer Vortsehund, and the Kurzhaar, is a German breed. It was first developed back in the 17th century as a hunting dog. This breed most likely descends from the crossing of the Bloodhound and the Spanish Pointer. Today this dog is still used as a sporting dog, however, they also make a great family dog.

The German Shorthaired Pointer stands between 21 and 25 inches tall and weighs between 40 and 55 pounds. They have a short coarse coat that comes in solid colors and spotted variations. The most common coat colors include liver, white, and white ticked. This is a very even tempered dog that is affectionate and playful.

The German Wirehaired Pointer is known by a lot of different names including Deutscher Drahthaariger, Vorstehund, German Pointer, and Drahthaar. This German breed was first developed at the end of the 19th century as a hunting dog. This breed was created by crossing several dog breeds including Terriers, German Shorthaired Pointers, Foxhounds and Poodles. Today this breed is used as both a sporting dog and as a family dog.

Want to learn how to transform your German Shorthair and German Wirehaired Pointer’s behavior? Click here to find out how.