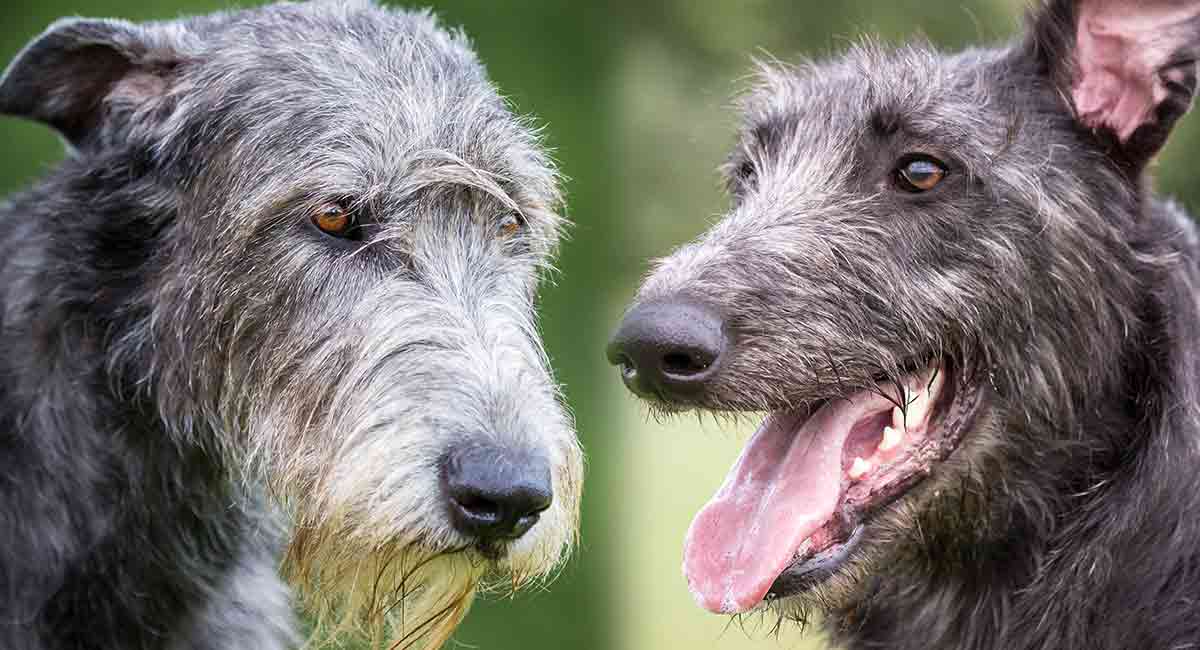 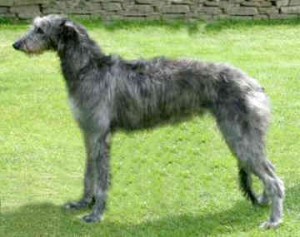 The Scottish Deerhound, also referred to as the Deerhound, is a British breed that came to the British isles about 3000 years ago with Phoenician traders. This is a tall dog breed that stands between 29 and 30 inches tall and it weighs between 80 and 100 pounds. Their coat is scraggly and thin. They come in dark grays and grizzly colors. This dog is comfortable as both a treasured family pet and as a hunter of large game animals.

Over 3000 years ago, Scottish Deerhounds appeared in Scotland with the Phoenician traders. Some consider them to be closely linked to the Irish Wolfhound.

There’s a statue named the Hilton of Cadboll from the 8th century that portrays two hounds preying on a deer. During this time, accounts in literature about “highland Greyhounds” with long, course hair were reported. Large Greyhound breeds of the time are believed to have been crossed with a hairier native breed to produce what is the Scottish Deerhound of today.

This dog is a romantic looking breed; sleekly built and having a noble bearing, it is often said to resemble a more refined and graceful version of the Irish wolfhound. Standing no less than 28inches at the withers, and weighing about 75 lbs, the Scottish Deerhound possesses an athletic frame that is what makes it seem as if they were made to run.

They do great with other dogs, even unfamiliar ones. However, small animals should not be kept around them because they were meant to hunt. They can be independent and defiant sometimes but are usually willing to please. Their calm nature makes them good in the house.

This breed can be stubborn and slow to obey. They are loving dogs, but are less concerned with pleasing their masters than many other breeds. For this reason, they must be trained early and consistently. They should be crate trained for while potty training, as they can be a bit slow to house train.

The Scottish Deerhound should not be allowed to roam in the house unsupervised until it is completely house trained. Keep your dog in his crate unless you are actively engaged with the dog and give plenty of opportunity to go to the bathroom in the appropriate spot. It typically takes 4 to 6 months to fully house train a Scottish Deerhound.

Socialization needs to begin at a young age. Scottish Deerhounds should be allowed to meet new people and other dogs and cats. They are quick learners if handled correctly. A friendly tone of your voice will get them to do what you need.

Scottish Deerhounds need access to a large fenced area,fenced because these independent dogs are likely to take off and not come back. If there is a dog club in your area, get your Scottish Deerhound involved in lure coursing (chasing a mechanized lure around a track or across an open field). This is an appropriate outlet for the full-speed galloping behaviors that are “hardwired” into his genes.

Probably the most difficult part of training Deerhounds is discovering what motivates them. This can differ from every exercise. Keep in mind, a motivator is what the breed finds motivational, not what you think it should find motivational.