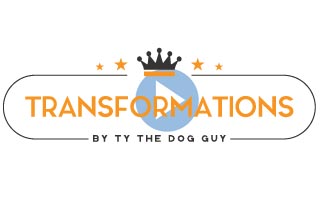 At Ty the Dog Guy we deal with and train a lot of aggressive dogs.

In this episode of Transformations we are training an aggressive border collie.

This is a dog who had nipped and bitten and barked at just about any new person he saw.

His issues were deeply rooted in fear, insecurity, and anxiety.

When he felt those emotions he would lash out aggressively as a preemptive move in order to protect himself.

During the few weeks he was in our dog training boot camp (board and train) we helped him learn how to focus on us and on the command at hand.

When he was able to focus on positive things it took away his ability to focus on the things that make him nervous and reactive and aggressive.

This dog training case study has been one of the more fun ones we’ve done because we were able to see such a stunning change in behavior in such a short period of time.