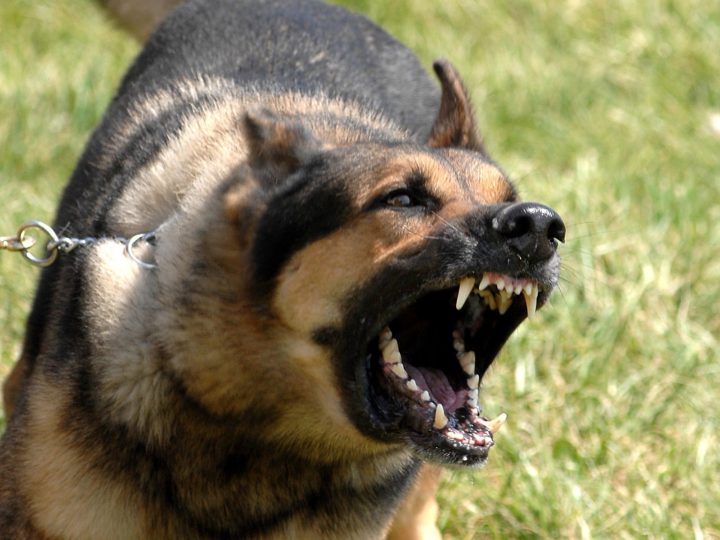 At our Salt Lake City dog training company  we deal with a LOT of dog aggression and anxiety. Through a mixture of science and art we’ve been able to learn a technique for actually strengthening the brain to help the dog overcome it!

Sound too good to be true!?

We aren’t really strengthening the brain. It’s the nervous system that we’ve learned how to strengthen. But nervous systems and brains are related so it’s fun to say that we’re doing brain exercises.

All of us have nervous systems. We’ve got them, our dogs have them, cats, rats, and plenty of other living organisms.

In talking about people, some people have VERY strong nervous systems. Maybe they run into burning buildings for a living, or jump out of airplanes, or go bungee jumping. They can process large amounts of pressure and stress.

Other people can’t. One tiny thing may happen in their life and they are a wreck.

Some dogs have enormous capacity with their nervous systems and can handle dogs barking and lunging at them, kids climbing on them, thunder and fireworks, new environments, etc.

And then a LARGE portion of the dog population have issues with their nervous systems wherein they simply see a dog 100 feet away and they freak out with aggression.

Or they simply walk on slipper floors and lose their mind.

Or plenty of other issues.

So the questions is: How can we strengthen a dog’s nervous system so that the dog or the kid or the slippery floor or the fireworks or the ‘whatever’ doesn’t freak them out?

Let’s look to the muscular system.

You see, the muscular system and the nervous system behave in very similar ways.

So let’s say you want to strengthen your bicep, a muscle.

How would you do it?

You’d probably grab some weights and do some curls.

And if you did enough curls, with enough weight, and rested and gave enough nutrition to that muscle, what would happen?

Simple. The muscle would physically grow, and it would gain more endurance and capacity.

In order to grow your bicep you have to properly stress it.

And in order to get your dog over fears and anxieties and insecurities you must stress your dog’s nervous system.

While it’s true that there is no such thing as growth without stress that doesn’t mean that STRESS ITSELF will help your dog get over his aggression or anxiety issues.

For example, let’s say you do bicep curls but your form is atrocious, and you never rest your muscle, and you don’t give it proper nutrition.

Well, that kind of stress will hurt your muscle.

In terms of strengthening a dog’s nervous system, unfortunately people give their dog the WRONG stress.

For example, they see their dog is anxious or aggressive around other dogs so they go to the dog park!

That’s the worst thing you could do. That is awful stress likely to cause your dog to become worse.

So what is GOOD STRESS in helping your dog overcome aggression or anxiety?

We’ve found that a large portion of GOOD STRESS stems from obedience training your dog.

But not just any obedience.

Obedience done at a high level.

For example, let’s say that your dog’s nervous system encourages him to bark at a dog 100 feet away.

Well, once we teach him to walk properly by your side he can no longer be barking at dogs 100 feet away.

And when he becomes accustomed to walking past the other dog rather than barking at it THAT is good stress.

It leads to a dog who is mentally stronger, with better mental endurance and toughness, who can handle more.

And then we give him more.

And in so doing we can use obedience training to help dogs work through dog aggression and dog anxiety.