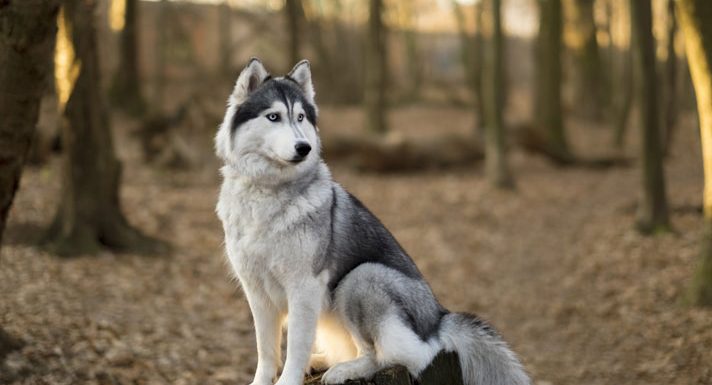 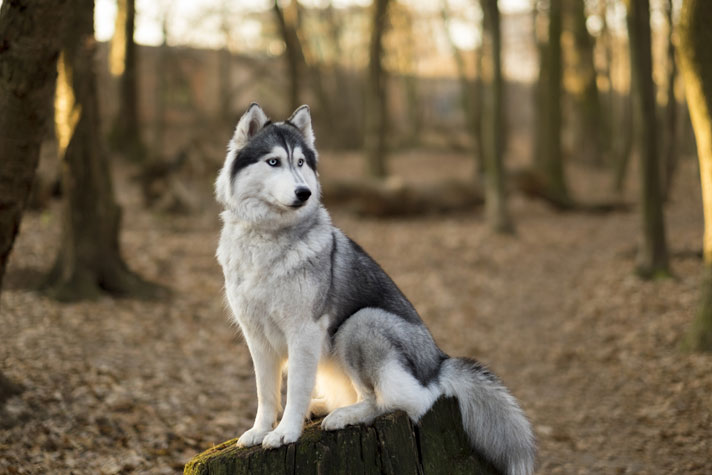 Want to learn how to transform your Siberian Husky’s behavior? Click here to find out how. 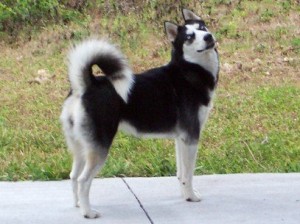 The Siberian Husky, also called the Arctic Husky, is a Russian breed that was developed as a sled dog. They are a working dog that requires both physical and mental stimulation to stay happy, healthy, and out of trouble.

They are a medium sized dog that stands between 20 and 23.5 inches tall and they weigh between 35 and 60 pounds. They have a medium length thick coat that has a double layer. The outer layer is straight and smooth and the undercoat is dense and downy. They have a lot of color variations. However, having a white base with grey or red markings on their backs, around their eyes, and on their foreheads, is common.

A Siberian Husky that has a lack of mental stimulation, exercise, or attention may become destructive. Practice crate training from a young age to teach your Husky proper house manners.

The Siberian Husky is an ancient breed of cold weather dog. It originated in eastern Siberia and was bred by the Chukchi tribe of Northeastern Asia. This breed is originally a working dog that is commonly used as a working companion of ancient inhabitants of cold-weathered locations.

The breed is a close relative of Samoyed and Alaskan Malamute. They all have directly descended from the original “sled dog.”

The Siberian Husky was imported into Alaska during the “Nome Gold Rush”. From then on, the breed spread to other places in the United States and Canada. They became priced sled dogs for a lot of people.

Siberian Huskies should not be burly, thick, fat, or overweight. They should be quick and light on their feet and free and graceful in action. Their body proportions and build indicates balance of power, speed and endurance. The Husky build should be moderately compact and masculine for males and very feminine, but still structurally strong, for females.

They have thicker coat than most other breeds of dog. They are double coated with dense undercoat and a longer topcoat of short, straight guard hairs. Their coat protect them from extreme temperatures. Surprisingly, not only from extreme cold but their coats also resist heat. They come in a variety of colors and patterns; most common colors are black and white, copper-red and white, gray and white, and pure white, though many individuals have blondish, or piebald spotting.

The Siberian Huskies are known for their endurance and willingness to work. They are active, full of energy and resilient. Their agreeable and easy-going nature makes them great all-around companions.

Huskies are rather friendly. They do not exhibit the possessive qualities of a guard dog. Also, they are not overly suspicious of strangers. They have low dog-aggression instincts as well. However, predatory instincts are strong, so Siberians should be supervised around small animals in and around the home.

The Husky is a very intelligent dog. Its instincts are inclined to work and serve humans. Its tractability and eager disposition make him an agreeable companion and willing worker.

Training and Care for a Siberian Husky


Siberian Huskies will have a mind of their own if owners do not display leadership. Huskies will not see the point in obeying you are perceived as meek and passive. Always be a firm, consistent, and confident pack leader.

Huskies have strong pack mentality. Aside from displaying natural authority as a pack leader, their strong pack instincts make them miserable if left alone. They always need companionship. It is best to have another dog, preferably a same breed, to keep the Husky company.

Owners should be prepared to provide an outlet for exercise daily, whether through walks or an enclosed space in which to run. Huskies require exercise and mental stimulation daily. A Husky who does not get enough mental and physical exercise can become very destructive.

Thick coats require weekly combing or brushing and should be done more often during the twice a year heavy shedding season, when they have to be combed thoroughly with a metal comb.

Want to learn how to transform your Siberian Husky’s behavior? Click here to find out how.