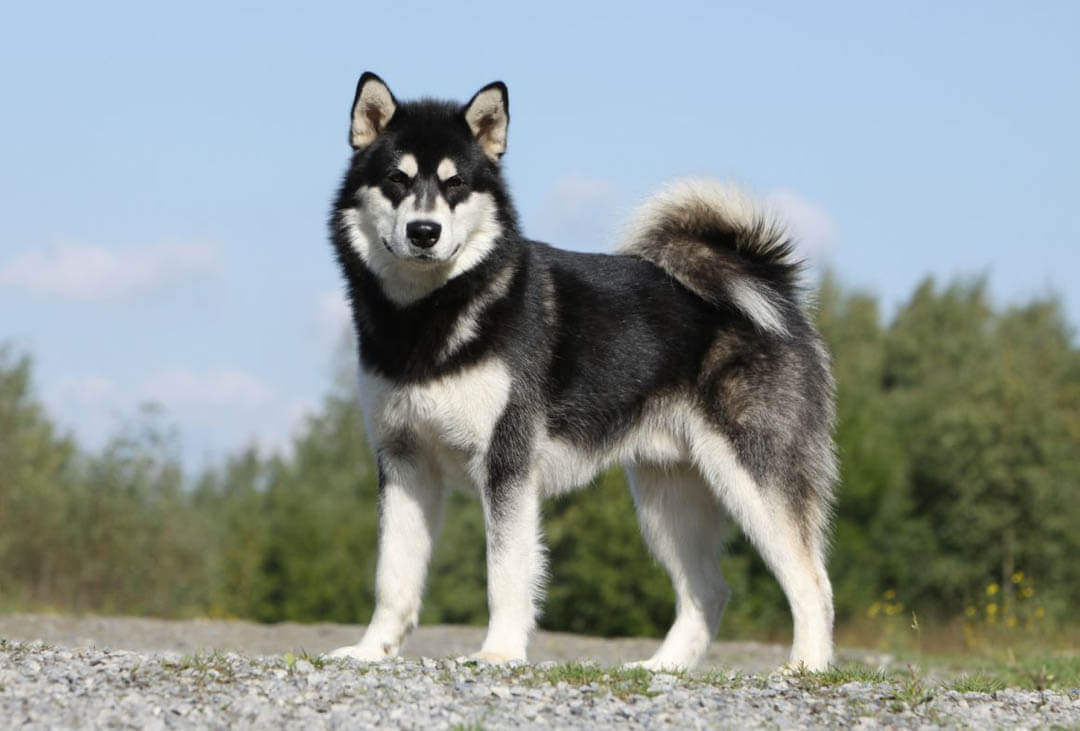 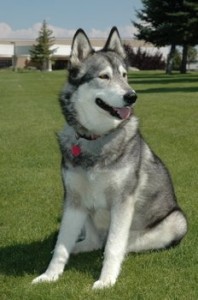 The Alaskan Malamute is a native to the United States. They are the oldest Arctic dog breed in the world. The Nordic Inuit tribe the Mahlemuts developed this breed as a working dog. They were used to pull sleds. Later this breed was used as hunting dogs as well.

The Alaskan Malamute can be compared to a Clydesdale Horse. It is built to be strong, athletic, and to have endurance. They generally grow to be between 23 and 28 inches tall and weigh between 85 and 125 pounds. They have a double layer coat. The top coat is thick and coarse, while their undercoat is plush and soft. Their coat colors are variegated with white, black and gray.

This is a friendly breed of dog that makes a great family pet. They have a natural babysitter personality when housed with children. However, they do not like to be around other pets, especially other dogs. They are a smart breed that can learn quickly, however, they get bored easily so you will need to challenge their minds as much
as possible to keep them motivated. Obedience training is required for this breed to keep them manageable.

History and Origin of the Alaskan Malamute


The Alaskan malamute is a popular sled dog. It is known for its prey and pack instincts. It was used to pull sleds. These dogs were initially bred to haul large amounts of weight over long and harsh distances. Later this breed was used as a hunting dog as well.

It got its name from the Alaskan tribe called Mahlemuts that raised and cared for them. It is sometimes mistaken for a Siberian Husky, but in fact is quite different in many ways.

It is a recognized breed by the America Kennel Club under working breeds.

The Alaskan Malamute is the largest and oldest of the Arctic dogs. It’s desired size is 23 inches and 75 pounds for females, and 25 inches and 85 pounds for males. Heavier individuals (90lbs) and dogs smaller than 75 pounds are also commonly seen.

They possess great strength and endurance. A Malamute is a very solidly built dog designed for power. They are not as fast as other northern breeds but they are definitely one of the strongest. They have tenacity, a great sense of direction, and an excellent sense of smell.

The dog holds an image of a wolf but with a proud, sweet expression.

Alaskan Malamutes love to be around people and they love being around their families. Majestic and dignified, the breed is a warm and friendly family dog. It is extremely loyal and intelligent, sweet and most affectionate toward it’s master. Malamutes can be aggressive towards other dogs because of their dominant behavior.

It tends to become strong-willed at times, so training should start early. This dog has a long genetic foundation of living in the harshest environment imaginable, and many of its behaviors are evolved to conform with “survival of the fittest.” Independence, resourcefulness and primitive behaviors are common in the breed.

A malamute can be very predatory towards smaller animals that it may regard as prey. Even with this behavior malamutes make lousy watch dogs. A malamute is too friendly in nature to people to make a effective watch dog.

Owners of the breed should keep a vigilant eye on the breed so that it doesn’t go after small animals.

Because of the breed’s pack instincts, malamutes adore being with their human families and will form destructive habits such as chewing if they do not receive sufficient attention. Spend time as much as possible with your Malamutes. If the dog is bonded to you, they will be much more apt to spending time learning things from you.

Alaskan malamutes should be given high-grade dog food to keep them healthy and strong. The first ingredient should be meat. Crude protein should be no less than 30 percent, and crude fat no less than 20 percent. The fiber content should be 4 percent or less. They do tend to wolf down whatever is offered, which can lead to obesity and bloat. It is best to feed them frequent small portions of meal a day.

Alaskan Malamutes are not recommended for apartment life. They are active indoors and should have at least a yard.