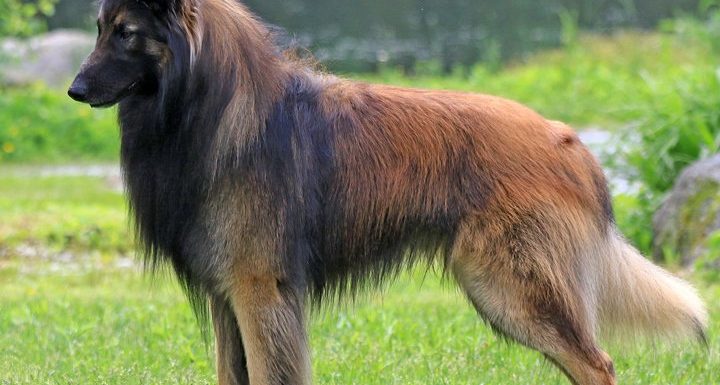 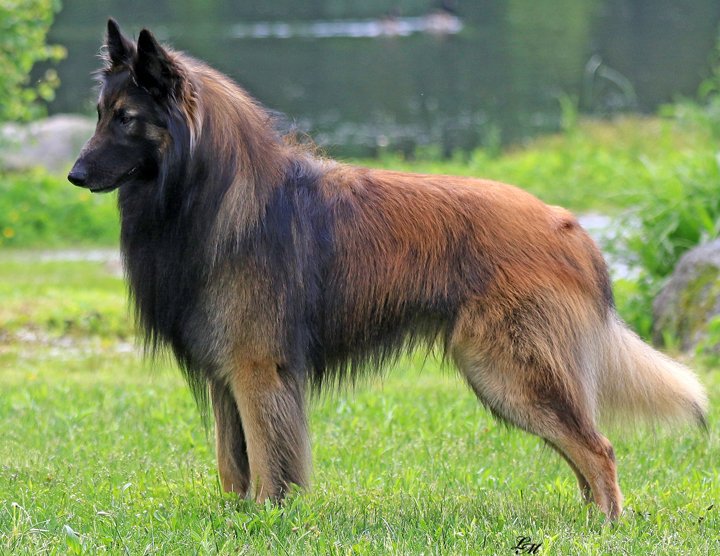 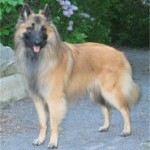 Want to learn how to transform your Belgian Tervuren’s behavior? Click here to find out how.

The Belgian Tervuren, also known as the Tervuren or the Chien de Berger Belge, is one of the Belgium shepherds. It is a medium sized dog breed that grows to be between 22 and 26 inches, and it usually weighs around 62-65 pounds. It has a long, thick coat that is variegated with shades of red, gray, black, and fawn. Masking and black overlays are also common for the Belgian Tervuren’s coat.

This dog is a very obedient, intelligent, and loyal animal. When properly trained they can be a great family pet. However, their protective nature can make them aggressive towards other children, animals, and strangers. They make a great watch dog, however, they will typically not attack without provocation.

To care for this dog you will need to brush their coat each week. Their grooming requirements will increase dramatically while they are shedding. During this time you will need to brush them daily and pluck hair clumps from their coat. They are a working dog so they will need daily exercise and a lot of it. Obedience training and a fenced yard are also required for this breed. Their natural herding behavior makes them prone to chase cars and people. This breed is known for its relatively good health and its lack of hereditary illnesses and disorders. However, some still are subject to epilepsy and joint issues.

Origins of the Belgian Tervuren

In Belgium, during the late 1890’s, there were four different breeds of cattle and sheep herding dogs developed, all known as Chien de Berger Belge. From there the Tervuren’s history is well documented.

The Belgian Tervuren, named for the Belgian village of Tervuren, is one of the four breeds of the Belgian Shepherds. They are identical to the Belgian Sheepdogs (Groenendael), Belgian Malinois, and the Laekenois, the only difference is that their coat is long and feathery and consists of shades of red, gray and black.

In America, since 1959, the AKC has recognized the Groenendael, Malinois and Tervuren as separate breeds but does not recognize the Laekenois.

Square in proportion, this breed features long shoulders and well-muscled forearms. The straight front legs have an oval bone, and the rounded feet are cat-like with good pads and strong nails. The powerful hind legs feature broad, heavily-muscled thighs and slightly elongated back feet.

One of Belgium’s most prized herding dogs, the Belgian Tervuren excels in countless arenas such as a shepherd’s dog, a working guard dog, a top competition dog, a police and military dog, a search and rescue dog, a family companion, and a show dog. For the right owners, this extraordinary dog can prove to be the most rewarding canine companion in the world.

Though not for everyone, when properly socialized and trained, this high energy dog makes an excellent best friend and/or family companion. The Belgian Tervuren is a graceful and agile dog with a well balanced personality. These dogs have plenty of power and energy, and are alert and intelligent. You will find that the Belgian Tervuren makes a loyal and devoted pet.

In addition to his inherent ability as a herding dog, it protects its master’s person and property without being overtly aggressive. It is watchful, attentive, and usually in motion when not under command.

Training and Care for the Belgian Tervuren


Owners need to display a confident, natural authority over the dog. Consistent rules must be set and made clear. This breed is instinctively protective so it should be trained and socialized from an early age.

The Belgian Tervuren will do okay in an apartment if it is sufficiently exercised. It is moderately active indoors and will do best with at least an average-sized yard. This breed prefers cool climates, but adapts well to other climates. It can live outdoors but would much rather be in the home with his people.

The Belgian Tervuren has a comparatively long, straight coat that consists of a heavy outer layer and a dense under layer. The coat should be brushed and combed on a daily basis, and mats should be clipped out. Special attention should be given to the ruff and the backs of the legs, where mats are more likely to form. Hair should be kept trimmed between the toes and around the outer ears. The Belgian Tervuren is a light constant shedder, and he sheds heavily twice per year.

Want to learn how to transform your Belgian Tervuren’s behavior? Click here to find out how.