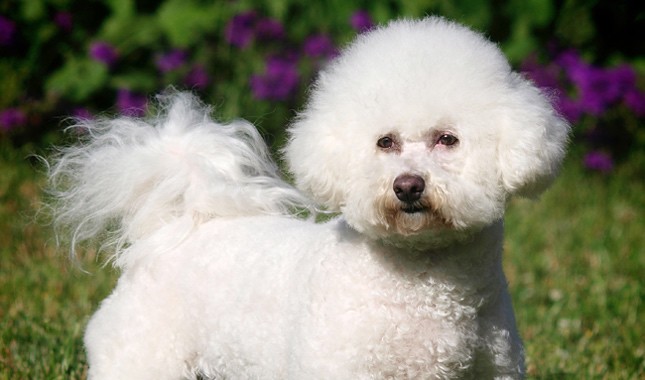 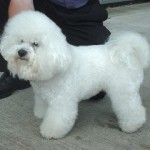 Want to learn how to transform your Bichon Frise’s behavior? Click here to find out how.

The Bichon Frise, also known as the Tenerife Dog, the Bichon Tenerife, and the Bichon a Poil Frise, is a French breed whose name means “fluffy little dog.” And indeed, it is a fluffy little dog. It stands between 9 and 12 inches tall and weighs between 7 and 12 pounds. Its coat is long, fluffy, curly and white.

The Bichon Frise can make a great family dog because of its gentle and loving nature. They can be great with kids of all ages. They also get along with other pets. They can be yippy at times, which makes them a great watch dog.

To care for the Bichon Frise you will need to brush them daily. They will also need to be trimmed and bathed on a regular basis. You will need to trim the hair around their eyes and ears with a blunt nosed scissor. You will also to keep the areas around their eyes clean to prevent discoloration of their fur. They don’t need a lot of exercise, which makes them a great apartment pet. You can keep them healthy by simply playing with them, or taking them on a gentle stroll around the block.

History and Origin of the Bichon Frise


The Bichon Frise descended from the Barbet or Water Spaniel, from which came the name “Barbichon”, later shortened to “Bichon”. The Bichon was traded by Spanish sailors and became a favorite of the 16th century French royal courts. The breed was also favored by the painters of the Spanish school, who often included them in their works.

The Bichon Frise is small but sturdy dog. It weighs approximately. 4–7 kg / 10-18 lbs and stands 23-30 cm/9-12in at the withers. It has a black nose and dark round eyes and its white fur consists of a curly outer coat and a silky undercoat.

This is a breed that has a graceful gait; the movement at a trot is free, precise and effortless.

Bichon Frises are suitable for people with allergies, as they are bred to be hypoallergenic. However, it is important to note that, human sensitivity to dog fur, dander, and saliva varies considerably.

Temperament and Tendencies of the Bichon Frise


The breed is a playful lap dog that has been bred specifically to be a companion animal. The Bichon Frise is merry and cheerful. The breeds standard calls for a dog that is “gentle mannered, sensitive, playful and affectionate. It tends to get along well with both children and other animals.

It has a self-assured, happy temperament that is easy to live with. Although they can be willful sometimes, the Bichons are highly intelligent and always want to please their masters.

The Bichon Frise needs a great deal of companionship and does not like being left alone for more than a few hours. They tend to express their unhappiness through destructive chewing and barking. If you work all day, this is not the breed for you.

Scolding and punishing without communication does not work for Bichon Frises. It can make your dog even harder to train. Your new puppy needs structure and a routine to follow. It is depending on you to be the leader.

Do not allow this little dog to develop Small Dog Syndrome. If a Bichon develops this, it can cause varying degrees of a variety of behavior problems.

House breaking your Bichon Frise puppy should be priority upon his or her arrival to their new home. A crate is a wonderful tool in house training if used correctly. It is, in fact, the fastest and easiest way to potty train a puppy. If the owner is committed to consistency, the Bichon will get it in no time at all.

The breeds hair grows continually and does not shed, so extensive grooming is a must to prevent mats. The Bichon Frise can live in an apartment if it gets enough exercise. They are fairly active indoors and will do okay without a yard.

Want to learn how to transform your Bichon Frise’s behavior? Click here to find out how.