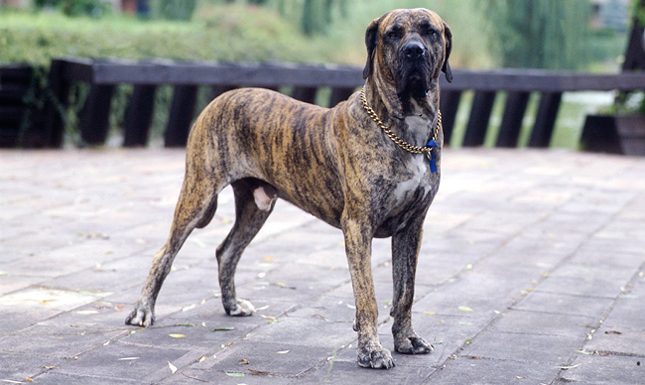 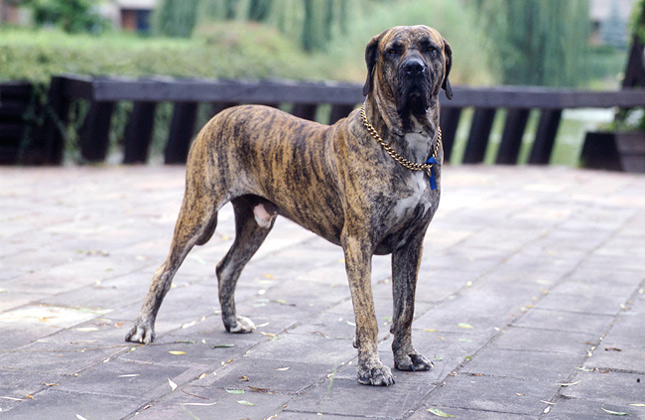 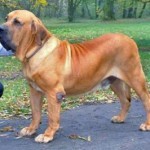 The Fila Brasileiro is a rare dog that should only be owned by a very specific type of dog owner.

Noted for extreme territorialness this breed must be handled with heavy supervision. They should not be allowed to roam areas where they will have access to neighbors or passers-by, they must be kept safely contained when not under direct supervision.

Originally developed as a herding breed in Brazil this dog still excels as a working and guarding dog.

The Fila Brasileiro is a rather tricky dog to own. They are strong and powerful dogs with a tremendous guarding instinct. Proper training and socialization is vital.

In spite of this, Filas are great companions because they are extremely loyal and devoted to their owners.

Origin of the Fila Brasileiro


The Fila Brasileiro, also known as the “Brazilian Mastiff” or “Brazilian Molosser”, is believed to have been evolved from a number of breeds, the English Mastiff, Bloodhound, Bulldog and Rafeiros. A Molosser breed, they were developed in Brazil, and specifically in Sao Paolo.

They was once used to track fugitive slaves in Brazil and return them to their masters. It is reputed for its size and aggression. Consequently, they are unfairly banned in some countries.

It can reach the height of 29.5 inches and can weigh up to 110 pounds. It has a short and smooth coat. Solid Black, Brown, Chestnut, Yellow, Reddish and Brindled are the permitted colors. White markings on the feet, chest, and the tip of the tail are permitted but should not exceed 1/4 of the coat surface area based on FCI standards.

The Fila Brasileiro have superb tracking abilities. They got their excellent noses from the Bloodhound bloodline. They also have tremendous guarding instinct which makes them very useful as a guard dog.

Their muzzles are heavy with pendulous upper lips giving it a typical Mastiff appearance.

Temperament and Tendencies of the Fila Brasileiro


The Fila Brasileiro is a courageous and loyal dog. They have a strong instinct to protect their owners without hesitation.

Naturally, Filas are very devoted and loving companions to their masters and even to children. They are patient and amazingly gentle with kids and can take abuse from them without provoking any hint of aggression. They are docile and obedient to their owners and family.

Filas can bond with other animals if socialized properly. They always seek companionship and they will serve and protect at all costs. Filas think of these tasks as their life’s primary purpose.

They are confident and self-assured and they carry themselves with a calm disposition. However, their guarding and hunting instinct make them very wary of strangers and they are also inclined, by instinct, to hunt big game and to herd cattle. Their instincts gave them the reputation as vicious and aggressive dogs but in actuality, they are only aggressive to apparent threats. They won’t spring into action without being provoked.

Fila Brasileiro breeds are not for everyone. If you want to own one, you must be aware of their characteristics and you must do your research on the breed.

If your main objective is to own a dog to protect your household and guard property, Filas are great dogs for the job. However, you must also consider the frequency of people that come in and out of your house. Filas are wired to guard and if there are a lot of people always nearby, you should consider another breed. Your lifestyle must suite the Fila Brasileiro’s characteristics because you can’t deny this breeds instincts.

Socialization is very important to Filas. This will not make them like strangers but it would rather make them think that not everything is a threat. Lack of socialization will make Filas dangerous to the public.

On top of all these, do not let Filas become dominant. Assume the pack leader status always. Dominant Filas are extremely dangerous.