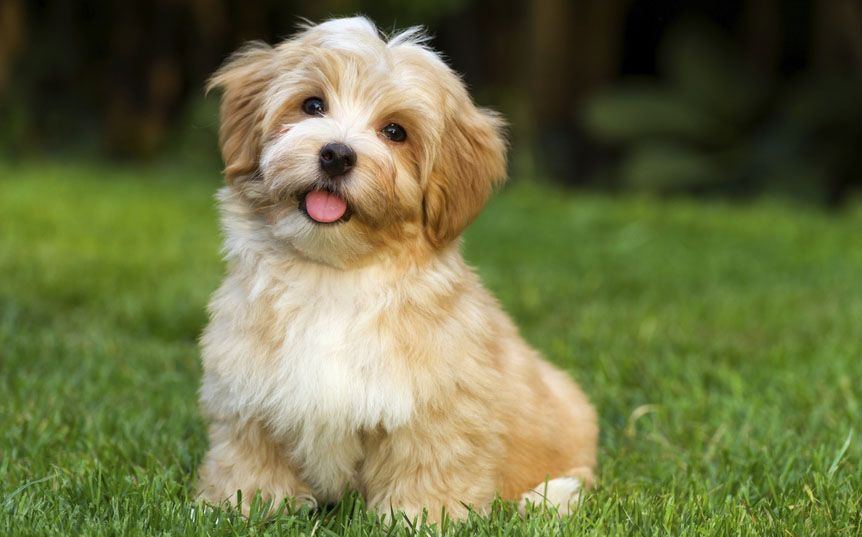 Want to learn how to transform your Havanese’s behavior? Click here to find out how. 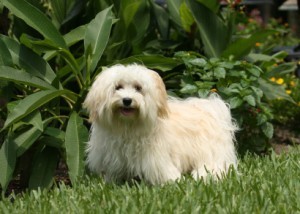 The Havanese, also referred to as the Bichon Havanais and the Havana Silk Dog, is a Cuban dog breed that came onto the dog scene in the 1970s. This breed is suspected to have come from the island of Malta in the Mediterranean. Today this breed is most popular in Europe.

The Havanese is a toy breed that stands between 8.5 and 11.5 inches tall and weighs between 1 and 13 pounds. They have long soft coats that come in shades of white, champagne, black, tan, gold, white, blue, and multi-color. This dog is best suited as a family dog with plenty of love and attention.

The Havanese is cute little dog but sturdy enough to work as a herder. Being companions is where the Havanese really shines. They are a friendly and affectionate breed. They are also a star at dog shows.

Origin of the Havanese

The Havanese is developed from the now extinct Bichon Tenerife. These dogs were introduced to Cuba from Spain. They were once known as the Havana Silk Dog and the Spanish Silk Poodle.

Unlike most breeds which evolved from working dogs to lapdogs, the Havanese was a pampered lapdog of the aristocrats first. Then they slowly developed into a companion dog with the ability to herd livestock.

The Havanese is the national dog of Cuba. They are the country’s only native breed. At some point, they were almost extinct but with dedicated breeding from devotees of the breed, they are presently on the rise in popularity.

The Havanese is a small breed. Their height will range from 8 ½ to 11 ½ inches, measured at the whithers. They are sturdy little dogs, and should never appear fragile. Havanese live longer lives than the usual dog. They are generally healthy dogs, living between 14 to 16 years.

They have wavy and silky coat. The coat is extremely light and able to insulate and protect the Havanese against hot climates. Their coat comes in many colors and all colors are acceptable, singly or in any combination. Havanese’s coats should remain untrimmed.

Temperament and Tendencies of the Havanese


The Havanese is breed with a very friendly disposition which is unlike many other toy dog breeds. They are playful and active dogs which are great for older children. Although small in size, they make great companions.

The Havanese is rarely shy or nervous even around strangers. They are a highly intelligent breed and they are always eager to please their owners with tricks and funny actions, such as running back and forth as fast as they can. They have a reputation of being a circus dog and they are clown-like and able to provide laughs for the whole family.

They are a very people-oriented dog and will generally always seek human companionship. They will want nothing more than being with their owners. Surprisingly, the Havanese is not a possessive dog and they do not usually suffer aggression or jealousy towards other dogs, other pets, or other humans.

At an early age, the Havanese should be socialized with all kinds of people and environment. Lack of socialization may result in a degree of shyness around strangers which is quite abnormal for this breed.

As usual, owners should always assume pack leadership. Treating Havanese like babies and giving into all of their wishes may make them develop unwanted behaviors. Do not allow the Havanese to develop the “Small Dog Syndrome”.

The Havanese thrives on obedience and trick training. They are fun to train. With the implementation of positive reinforcement methods, they will easily catch up to any trick or command.

Want to learn how to transform your Havanese’s behavior? Click here to find out how.