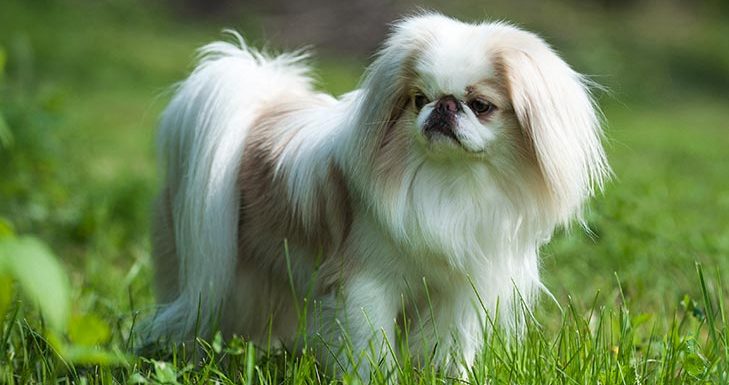 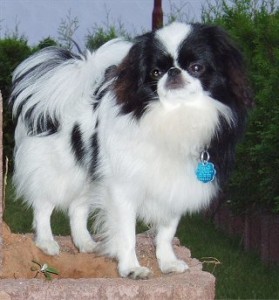 Want to learn how to transform your Japanese Chin’s behavior? Click here to find out how.

The Japanese Chin, also referred to as the Japanese Spaniel, is a toy breed that developed in Japan. They stand about 9 inches tall and weigh between 4 and 7 pounds. They have a long, soft coat that comes in black and white or red and white color variations.

The Japanese Chin is very intelligent dog that is alert. They are a bit snippy and may bite if handled too roughly. To care for this breed you will need to brush their coat every day, and you will also need to clean their ears and eyes daily.

Do you want a small companion dog that is very intelligent, charming, and dainty, almost cat-like in attitude?

Despite the name, the Japanese Chins are widely believed to have originated from China. Somehow it reached Korea, and it was eventually given as a gift to esteem diplomats of Japan and to other foreigners as well. Ever since, they were bred as lap pets for empresses, princesses, and the who’s who in Asian royalty. They were indeed dogs for nobility.

They were quickly becoming the most popular royal breed in Japan and so their name was changed to reflect their popularity.

Chins are naturally, docile and mild-mannered little dogs. Unlike most toy breeds, they are dignified and calm in their actions. They are happiest curled up beside their owners.

It’s important to socialize Japanese Chins as early as possible. A properly socialized Japanese Chin will grow up to be loving, mild-mannered but playful when stimulated.

They have minds of their own and they require consistent leadership from you. Establish your alpha role and always be firm but never harsh in dealing with Japanese Chins.

Japanese Chins are one of the quietest dog breeds. They are naturally non-barkers. They will only bark if there is a complete stranger or something out of the ordinary has occurred. They will never bark incessantly about trivial things.

Companionship is important for this breed. They are miserable if left alone for long stretches of time. Japanese Chins are not for people who lead busy lives. Leaving them alone for a long duration of time or too often may cause behavioral problems. They may become too aggressive even to the family. In some cases once they develop this behavior they cannot be trusted with children.

Grace and elegance are characteristics often displayed by Japanese Chins. Also, they are immaculate creatures. You will often see them clean and wash their faces with their cute paws. Their long coats have no odor and they don’t shed a lot. They are so clean that they need less frequent bathing.

Due to their innate neatness, they are very easy to house train It is easy to train them with the use of house training pads, or even a litter box, by limiting their area until they have mastered the use of the pads or litter box. Instinctively, they don’t want dirty and smelly surroundings.

They are very warm and affectionate. Japanese Chins are perfect therapy dogs. They will enjoy the amorous activity as much as the patients needing the therapy. They are also naturally good with other dogs and pets.

Great deals of exercise are not required for Chins. Daily walks are enough. Be very wary about their sensitivity with extreme temperatures, particularly heat. They don’t have lots of serious health issues; just a tendency to wheeze and snore because of their short snouts.

Want to learn how to transform your Japanese Chin’s behavior? Click here to find out how.