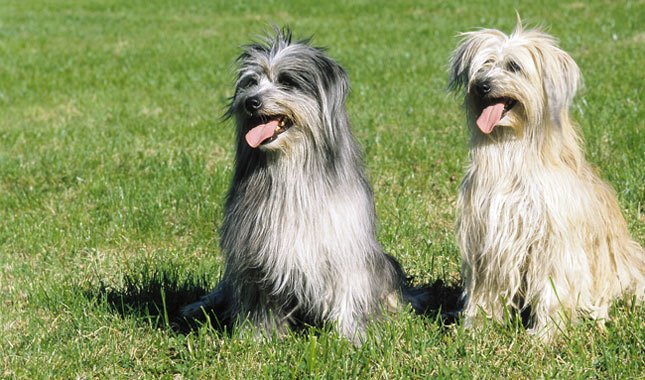 Want to learn how to transform your Pyrenean Shepherd’s behavior? Click here to find out how. 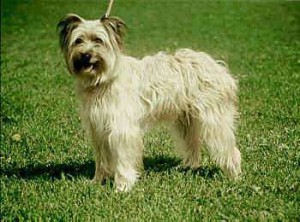 The Pyrenean Shepherd is a small herding breed that takes quickly to training.

Beginning in the Early Modern period, depictions of Pyrenean Shepherd can be found in engravings, lithographs and paintings. Medieval accounts of life in the Pyrenees mention the dogs as constant companions. Wherever the shepherd went, his little dog went too.

It is well known among residents of the High Pyrenees that when the Virgin Mary appeared to the young shepherdess Bernadette Soubirous in the grotto at Lourdes in 1858, Bernadette had her little
Pyrenean Shepherd by her side. The Pyrenean shepherds often refer to the breed as “the dog that saw GOD”.

The Pyrenean Shepherd dog is a small to medium breed and one of the oldest of the herding breeds of dog. It is native to the Pyrenees Mountains in the southern part of France. Since medieval times, they have been used for herding live stock, particularly sheep. This breed is a natural herder, despite its small stature. The Pyrenean Shepherd is the traditional working companion of the Great Pyrenees, which is a larger dog than the Shepherd.

Some of these dogs came to North America in the 19th century accompanying flocks of sheep imported from the Pyrenees Mountains. Mary Crane of Basquaerie kennels, founder of the Great Pyrenees in America, imported four dogs in the 1930s, one being Houzard de Fontanettes from Mrs. Senac-Legranges’ kennel, but did not breed them.

The Pyrenean Shepherd is nationally known in France for their great work as couriers, rescue dogs, watch dogs and mascots. The dog breed isn’t too well-known outside of France, but everything about the dog makes it very appealing.

A beautifully tempered dog, the Pyrenean shepherd is a wonderful companion for a household with children. It easily grows attached to its owner and it likes to be involved in the family. Its devoted and obedient nature makes it possible for the breed to be included in all family activities or dog performance events. Herding and rescue work, agility, fly ball, tracking, protection and obedience trials are some of the areas in which it excels.

The standard says “wary of strangers”. The word wary is not used to excuse nervousness or open aggression, by nature it will guard and stand away until it is sure of the situation, but in the presence of its master or mistress it should be confident and approachable. The Pyrenean Shepherd is vigilant and alert and seldom misses out on what is going on.

The Pyrenean Shepherd looks like it would be difficult to groom, but in fact the coat requires less attention than you would think. If the dog’s coat forms cords, they need to be split a few times a year to prevent them from getting too thick.

The Pyrenean Shepherds were bred to run all day long and need lots of exercise. They love to run off leash. A good hour of off-leash walking through the countryside or a park where the dog can run off its seemingly boundless energy several times a week is strongly recommended.

It is extremely easy to train and obedient, but can have a mind of its own.

Want to learn how to transform your Pyrenean Shepherd’s behavior? Click here to find out how.