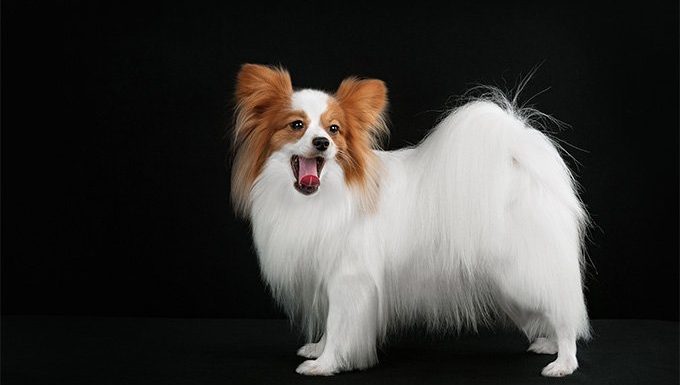 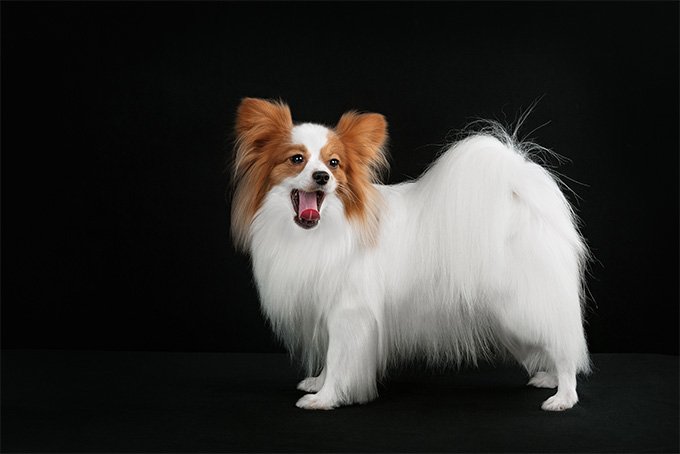 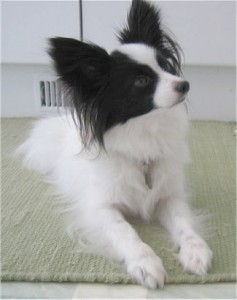 The Papillon, also referred to as the Epagneul Nain and the Continental Toy Spaniel, is a toy breed that originated in France. This breed can be traced back to at least the 14th century. Today this breed is exclusively used as a pet.

The Papillon is a toy breed that stands between 8 and 11 inches tall and weighs between 3 and 9 pounds. They have no undercoat and their overcoat is long and silky. They come is several color combinations including lemon and white, white and red, chestnuts, mahoganies, black and white, and tricolored.

The Papillon can have problems with excessive barking and dominance. When training be firm but fair and teach the dog from a young age that you are the leader of the home.

The Papillion is commonly referred as the “butterfly dog” because of their butterfly like ears. They are small, cute, and lively and they are friendly and intelligent dogs that are vivacious and charming.

Origin of the Papillon


The Papillon, also called the Continental Toy Spaniel, is one of the oldest of the toy Spaniels. In the 16th and 17th centuries, were known as Dwarf Spaniels. Papillons were often depicted on the laps of French and Spanish noblewomen.

Their ears were used to be droopy but over time, an erect-eared type, with fringe that resembles the wings of a butterfly, developed. Now, there are two types of such dogs, the Papillons (erect-eared) and the Phalenes (drop-eared). In the United States, they can be born in the same litter and are shown together as one breed.

Appearance and Abilities of the Papillon


The Papillon is a small, friendly, elegant toy dog. It is light and dainty with a fine boned structure. It is distinguished from other breeds by its beautiful, butterfly-like ears. Its eyes are dark and round but not bulging. It has a natural alert expression.

Their heights at the withers are about 8 to 11 inches. Its weight is in proportion to its height. Their gaits are free, quick, easy, and graceful. They are not paddle-footed, or stiff in their hip movements.

The coat is long, silky, flowing, and straight with resilient quality and they have a profuse frill on their chests. Papillons have no undercoat. The breed must be either particolored or white with patches of any color. The tail is long, plumed and carried curled over the back.

The Papillions are happy and alert little dogs that are not usually shy or aggressive. Lively and playful, they are always fun to be around. Although small and cute, they are tougher than they look. They are energetic but can also be calm, patient, gentle, and dignified.

They love to be cuddled and thrive on human companionship. Their obedience and highly trainable traits make them good comfort pets. They do not excessively bark unless they sense danger.

Training and Care of the Papillon


Papillons are very easy to train. They love to play tricks and obey commands. They can be socialized to get along well with other animals, including cats.

Like most small dogs, they are difficult to house train especially during their young age mainly because of poor bladder control. Make sure to be consistent about appropriate places to relieve oneself.

Do not let the dogs become pack leaders to humans. They will have a tendency to become possessive of its owners. When you allow Papillons to take the alpha role, they can develop the “small dog syndrome” which can cause a varying degree of behavior problems such as, being nervous, high-strung, timid, having separation anxiety, over guarding, unexpected growling, snapping, or biting, obsessive barking, dog aggression and being untrustworthy with children.

Papillons can be happy in any living conditions. Whether living in an apartment, out in the country or anywhere in between, they will do just fine. They love to play outdoors but they can be easily entertained and exercised indoors as well.

Grooming is easy because they do not have an undercoat.