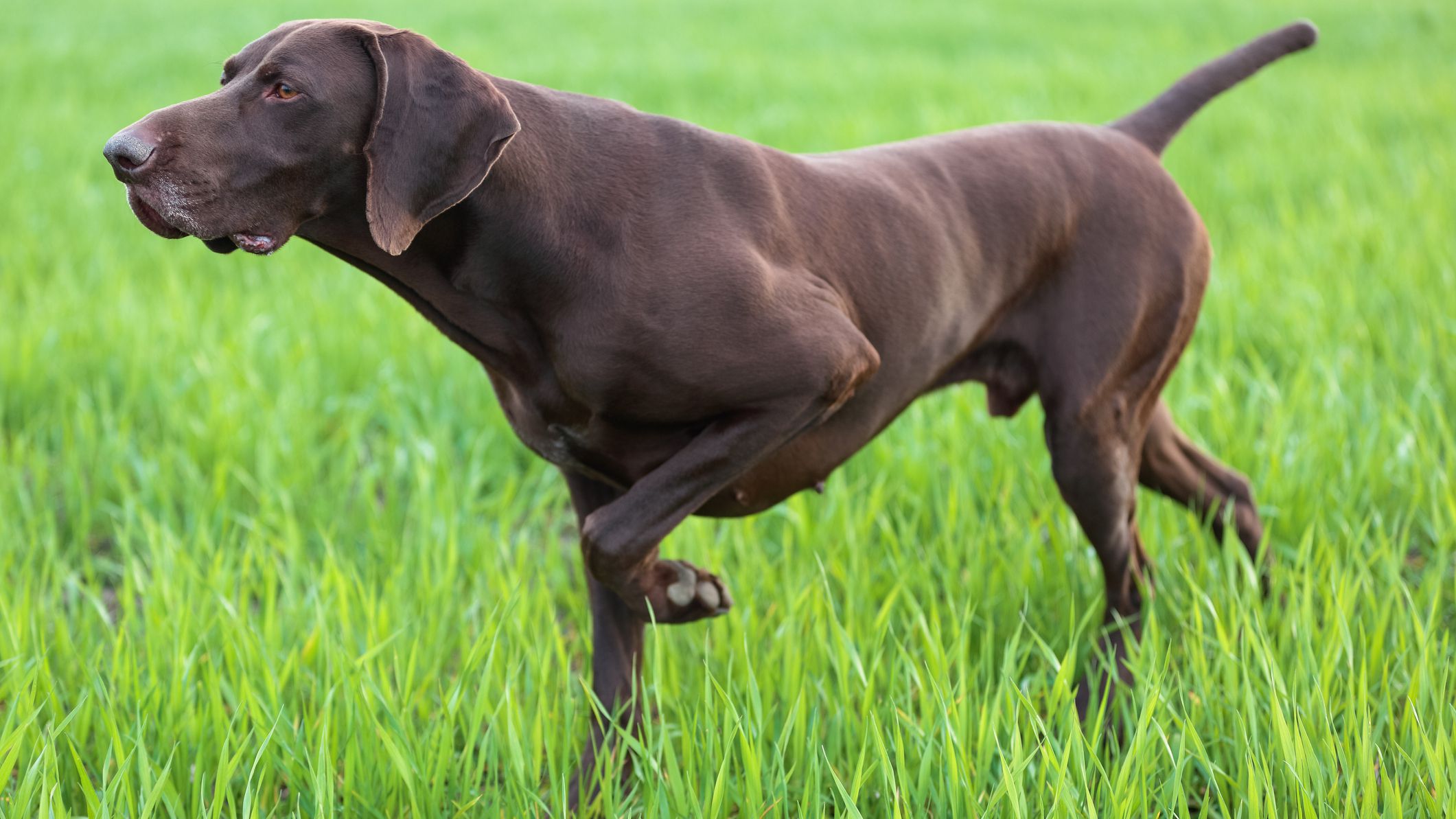 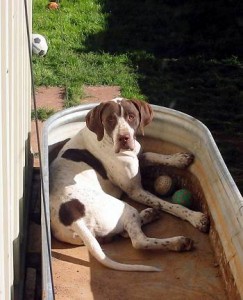 The Pointer, also called the English Pointer, is a British breed that was probably created by crossing a Foxhound and an Old Spanish Pointer. They belong to sporting group and are prized as a gun dog. The Pointer stands between 24 and 27 inches tall and they usually weigh between 44 and 66 pounds. They have a short dense coat that is primarily white with colored markings. Some of the colors found in this breed include: white, lemon, orange, liver, and black. Solid colors and tri-colors are also common.

The Pointer, also known as the English Pointer, is an extraordinary hunting dog. He has the desire to work tirelessly has great stamina and endurance. It gives the impression of elegance and power. With his intelligence, musculature, and affectionate nature, it is no surprise that Pointers are considered to be great companions inside the house or outside in the field.

Pointers are the most popular and probably the best pointing dogs in the world. They have incredible noses and their agility and speed is remarkable as well.

Origin of the Pointer


The earliest records to ever mention Pointers were dated around 1650. But most believed that their existence had started way earlier than the 1600s. They were widely considered to be a combination of Greyhounds, Foxhounds, Bloodhounds, and Bull Terriers. These are based on historical accounts and also, on anatomical and behavioral evaluation.

Apparently, the early breeders were planning to develop a super hunting dog in which they may have succeeded in doing because Pointers have dominated field games for a very long time.

The appearance of Pointers is perfectly fitting for the sporting type of dogs. They are well-balanced with speed, agility, and power. They are athletic and graceful. Pointers have a very noble stance and they always seem ready to go.

The expression is alert and their body is muscled. They have excellent tracking abilities and they are active and fast. They cover a lot of ground in their gallops.

They have short, sleek, shiny coats that come in primarily white, but may be liver, lemon, black or orange. Coats can either be solid, patched or speckled. Tri-colored is also permitted.

Temperament and Tendencies of the Pointer


Pointers are very playful and they always like to run around the field. They are very friendly they get along well with other animals, children and even strangers. They will only bark to announce an arrival of a stranger in the house but they are naturally, never aggressive or hostile.

The Pointers carry themselves in dignified manner. They will rarely be timid or violent. They are typically even-tempered and calm inside the house. Outside the field, they are enthusiastic and persistent in their work

Socialize Pointers to make most out of the breed. Lack of socialization may cause the dog to become very reserved towards strangers. Pointers love companionship. They usually want to be with their masters but they can wander off if they are tracking something.

Training pointers requires strength in leadership. Owners must establish natural authority. If Pointers find their owners weak-minded, they take the alpha role and they can become very willful.

Pointers are naturally clean dogs. House training them is not difficult but you still need to start early with the house training

Apartment living is okay but he will need lots of space to exercise his hunting instincts. Pointers need regular exercise to stay mentally and physically fit. If they lack physical and mental stimulation, they might channel their boredom to destructive behaviors.

A well exercised Pointer is calm at home. They tend to become “Couch Potatoes” always lounging and relaxing in very comfortable places inside the house like the bed and sofa.

Grooming is very easy. Occasional brushing to control the shedding is enough for Pointers.