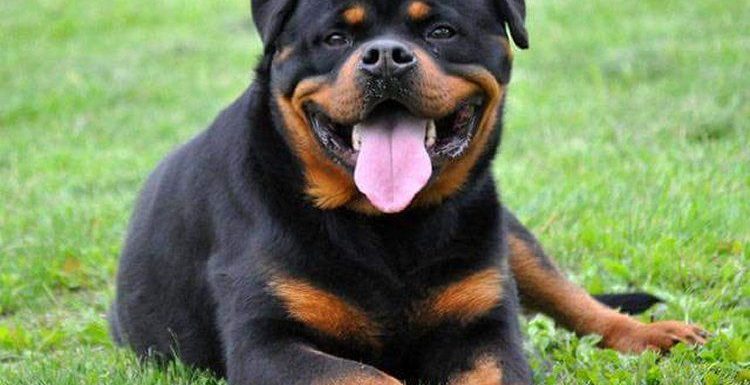 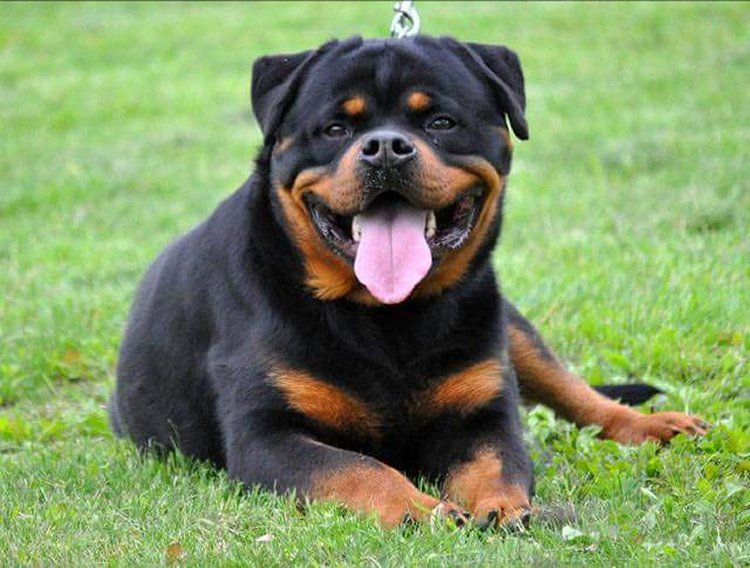 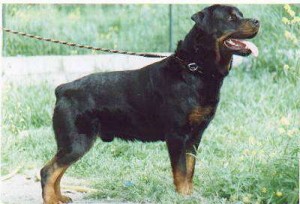 The Rottweiler is a German breed that was originally developed as a livestock controller. During the two World Wars this breed was taken from the fields and trained to be guard dogs for the military. Today this breed is still used as a guard dog, however, they are also used as a family dog. Very few countries still use this dog for police or military service but their abilities with such dog sports as Schutzhund is legendary.

The Rottweiler is a large working dog that stands between 23 and 27 inches tall and weighs between 90 and 110 pounds. They have a short to medium length coat that is coarse and flat. Their coats are primarily black with tan markings. This is a very protective and loyal dog, however, they really aren’t the type of dog to have if you have small children. They function better with school aged kids. If you have a Rottweiler and small children you should always supervise their interactions.

Rottweilers can be paired with other pets, however, they will need proper supervision and socialization as Rottweilers are territorial and may show dog and food aggression. Much of these aggression issues may be avoided if the dog is raised with proper obedience training.

The Rottweiler is a very smart breed and can take very well to obedience training. They can be stubborn, though, so it is recommended to use patience when training.

One of the most intimidating dog breeds are the Rottweilers They are solidly built, muscled, and powerful looking. Rottweilers do not usually show an affable disposition especially with strangers. It is no surprise that they are one of the most misunderstood breeds, next to Pit bulls

Actually, Rottweilers are obedient, loyal, and highly trainable dogs. They may look very menacing because they were bred to have great strength and intimidation. The intimidation was meant to help them be more effective as livestock controllers.

Originally, they were used as herders in Germany. They have amazing herding instincts much like the Border Collies. Rottweilers use their fierce looks to pilot livestock. People also saw many uses for their stocky and sturdy build. They also make good draught dogs because they are able to carry heavy loads.

Over time, Rottweilers have filled so many roles. They have been used in the first and second world wars as messenger, draught, and guard dogs. Later, they became valuable police dogs because of their ferocious fighting and guarding instinct. When they were used as house dogs, it was mainly for their ability to protect and keep the family safe.

It is quite obvious that the Rottweilers’ were bred principally for their daunting characteristics; making it a notorious animal of aggression and hostility. But ultimately, many Rottweiler owners have started to realize their true value as companions and they see that they are dependable, loyal, and eager to serve and please.

If you want to own a Rottweiler as a household pet, it is important to train them to be calm and composed creatures. Early and extensive socialization is important for their development to become trusting dogs. You should introduce them to all kinds of people and animals early on and they should be exposed to children, other canines, and cats. You should make the experience pleasant for them so Rottweilers will learn to trust others.

Educate the people around you on how to handle your Rottweiler. Don’t let people spank or shout at the dog. When Rottweilers are already big and brawny, tell your friends and acquaintances not to be fearful of their size. Rottweilers can smell fear and may act disapprovingly to this negative energy.

Rottweilers also need firm and consistent leadership. You need to make sure they consider you the leader of their pack. This means that you must have authority over all of their activities such as, eating, running, drinking, urination, bowel movements, and social activities. The Rottweiler will be dependent on you, which is a good thing because the Rottweiler will feel that he is well taken care of if you do things correctly.

Natural leadership will create a gratifying bond between you and your Rottweiler. In return, he will protect you and the ones you love. He will do anything in its power to serve you, literally to the death.

Rottweilers are fairly inactive inside the house. They are not hyperactive like Labs or Spaniels. Houses with small yards are good enough for them. Rottweilers can adapt well with apartment living as long as you give him occasional walks, play, or exercise.