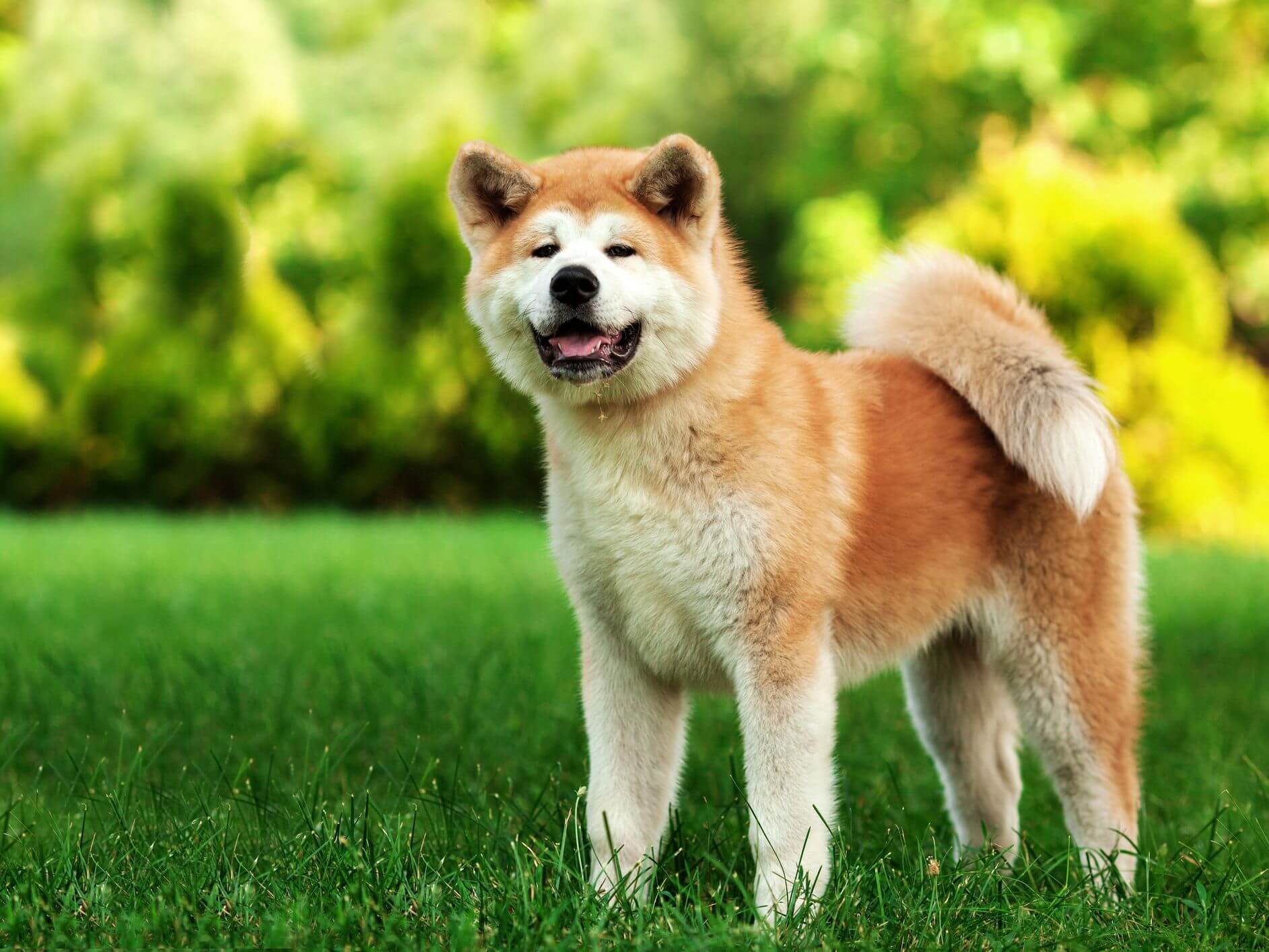 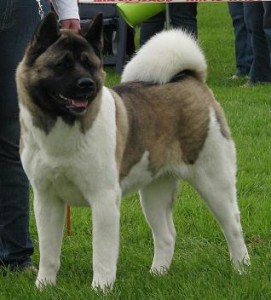 The Akita, also referred to as the Akita Inu or the Japanese Akita, is a Japanese breed that is known for its bravery. This dog typically grows to about 24 to 28 inches and typically weighs between 75 and 110 pounds. Their coats come in a variety of colors from snow white to brindle. Their coats can also be a solid color or they can have a face mask. The temperament of the Akita is bold and brave. They are known for not being afraid of anything. Because of this they are great watch dogs and guard dogs. While this breed is aggressive they are very loyal and protective of their families. If you have a multi-pet family then you will want to raise the Akita with your other pets. They are generally aggressive towards small animals and people that they are not familiar with. They are a very intelligent breed that can learn quickly, however, it is important to start their training early and to remain consistent with rules and discipline throughout their life.
To care for this breed you will need to brush them daily. They shed their coats two times a year. During their shedding periods you may want to pluck their coat to avoid matting and skin problems. This is a moderately active breed that will need daily exercise to stay healthy. Akitas are very intimidating large and burly dogs. They are tough but very beautiful to look at. An Akita in your household brings security but they require proper handling and socialization to make the best out of the breed.

Origin of the Akita

Akita, also called as Akita Inu or “The Great Japanese Dog”, is native to the Akita region in Japan. Primarily, Akitas were bred to be guard dogs then later became military and fighting dogs. They were also used in hunting. Nowadays, Japan considers the Akita their national dog. Japanese people even associate mystical powers to the breed. It supposedly the symbol and bringer of health to young children especially newborn babies. The first Akita in the western world was believed to be brought by Helen Keller to the United States.

Akitas are large breeds of dog. They have bear-like heads and they have dignified stances. They look very tough and powerful with a very substantial build. They may resemble wolves in appearance. Also, Akitas are heavy-boned and very sturdy. They look very imposing. A guard dog with very intimidating look and bearing. An Akita’s tail is plush and curls over his back exposing its anus. It has a thick double coat which comes in many colors including white, brindle or pinto.

Akitas are courageous and dignified. They are docile, strong silent type of dogs. They are always alert and genuinely territorial. Akitas are natural guard dogs. Akitas don’t mix well with other dogs and very wary and careful around strangers. But when inside the house with their owners, they are mild-mannered and affectionate. However, they need strong owners that they will consider their pack leader. Akitas tend to be on the aloof side. They can be dominant if not treated appropriately. On the positive note, Akitas are very devoted and loyal to their masters. They are dependable and will protect you and your properties to the death.

Training and Care of the Akita

The very first day the Akita steps into your home, training must begin. First and most vital thing you should do is to socialize the Akita. If they are not socialized extensively, they may become aggressive and very unwelcoming as adults. Training Akitas require patience, firmness, and consistency. They are naturally willful but respond very well to positive reinforcement. Never let the Akitas believe that they are above you. Dominant Akitas are terrifying and nearly impossible to train. Eat first before your Akita. Let him wait so he will get the idea that you are the top dog and that he has to wait for his turn. You must also train your dog to believe that he is below all the humans in your home especially the children in your house. If you are not quite sure about his dominance disposition, you have to supervise the dog when other people or animals are around. Akitas may bite if not socialized well. The coarse, stiff, short-haired coats will need significant grooming. Brush with a firm bristle brush, and bathe only when necessary as bathing removes the natural waterproofing of the coat. Akitas shed heavily twice a year. Perfectly trained and socialized Akitas are absolute wonders. They are dependable and loyal creatures.