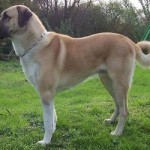 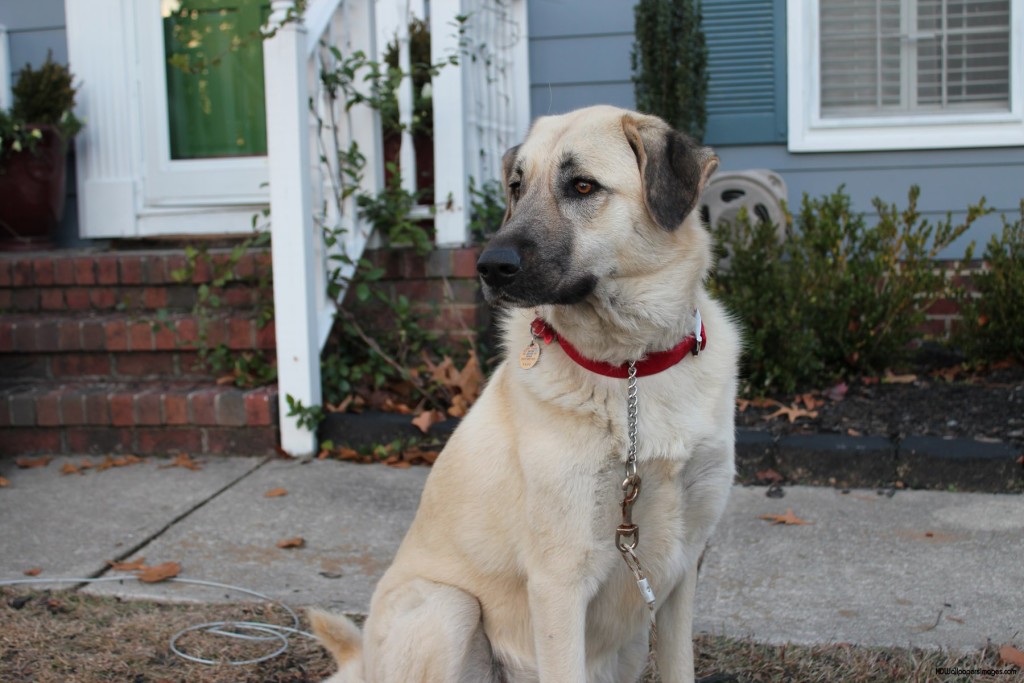 Want to learn how to transform your Anatolian Shepherd’s behavior? Click here to find out how.

The Anatolian Shepherd Dog, also referred to as the Anatolian Karabash, is a large dog breed that originated in Turkey. They were bred to guard sheep herds on the Anatolian plateau in Turkey. This breed can grow up to 30 inches tall and can weigh up to 150 pounds. They have a double coat. Their undercoat is thick and dense and their overcoat is short. The most desirable coat colors for this breed include cream and fawn with black face masks. However, this breed can come in just about any color combination.

This is a very intelligent dog breed that loyal and protective. They get along with children as long as the children are a part of their family, or as long as they have been introduced to the dog. Their instincts for guarding sheep can be easily translated to protecting your home and family. Because of this and their size, they make a great guard dog and watch dog.

To care for this breed you will need to brush its coat daily to keep it clean and tangle free. This dog needs a lot of exercise and large areas to run around in freely. Because they are an intelligent breed they also need mental stimulation as well to stay happy and healthy. If cared for properly they can live up to 15 years.

The Anatolian Shepherd Dog is a large and powerful dog, and as such is not suited for everyone. They have bred for thousands of years in Turkey as livestock guardians for the flocks of semi-nomadic shepherds. Their natural foes included wolves, bears, and wild boar.

It is probable that dogs of this type existed 6,000 years ago in Mesopotamia. The dogs were probably called Coban Kopegi (shepherd dog), and over the centuries, regional variations developed.

Large, rugged and impressive, they possess great endurance and agility. These dogs are tall and powerful, yet not massive in build. The breed is regarded as a flock guardian of the mountain molosser-type belonging to the mastiff family. They are capable of reaching speeds of 35 miles per hour or greater. Their agility coupled with endurance helps them to run down predators with relative ease over great distances.

The Anatolian Shepherd has an intelligent expression and wide-set, dark brown, almond-shaped eyes. The ears are approximately four to six inches in length, V-shaped, rounded at the tips and rest on the sides of head. The muzzle has a sturdy, strong appearance and the nose is either brown or entirely black.

While not a “glamor” breed, the Anatolian’s loyalty, independence and hardiness is cherished by breeders and owners. The Anatolian Shepherd is a very dependable, alert and possessive dog. It is intelligent and easy to train, but is not a dog for beginners. It needs a handler who naturally radiates leadership.

Keep in mind, time and effort is required to keep Anatolians socialized and well-behaved. They are very strong and can be very stubborn at times. If you are looking for a dog that will obey at the drop of a command, then this is not the dog for you. The owner should not allow commands to be given unless an effort is being made to follow through should the dog elect the typical reaction of “selective deafness”.

Anatolian Shepherd Dogs are wary of strangers. Therefore, socialization is a must. This is best done in a pup’s early months. Obedience training should begin as early as possible, as well, due to this dog’s immense size. Firm, consistent training as a youngster will prevent an out-of-control, massive dog that tries to show dominance over its master.

The Anatolian Shepherd Dog has two different coat varieties short and rough. The short coated variety possesses a short, dense coat in solid colors ranging from cream to fawn, with a black mask and ears. Be prepared for the extremely heavy seasonal shedding that typically accompanies undercoated breeds. During this time, the coat will need to be brushed frequently. Otherwise, the Anatolian Shepherd Dog coat requires very little care.

As with any deep-chested dog, the occurrence of Bloat or Gastric Torsion is a real possibility in the Anatolian Shepherd. If you are not familiar with these conditions, it is absolutely necessary to learn about them and know the symptoms. These conditions can cause real life threatening conditions that will require emergency Veterinary attention.
Want to learn how to transform your Anatolian Shepherd’s behavior? Click here to find out how.