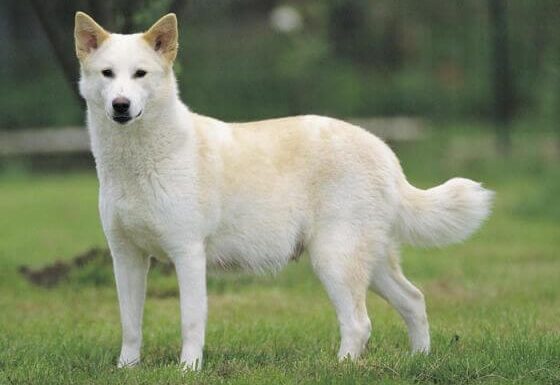 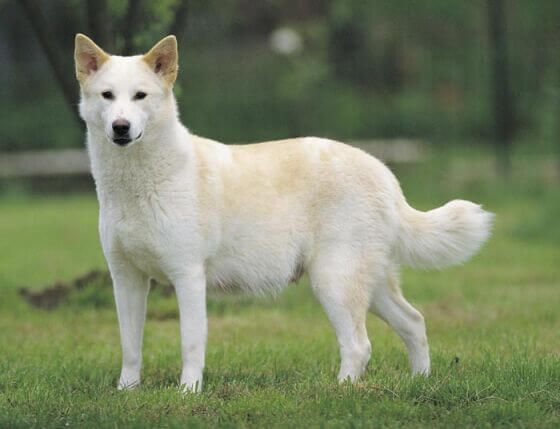 Want to learn how to transform your Canaan Dog’s behavior? Click here to find out how. 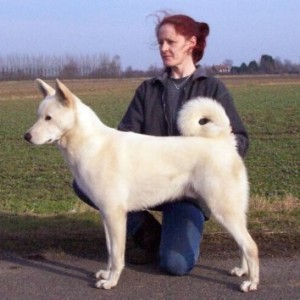 The Canaan Dog, also referred to as the Kalef K’naani, is a medium sized breed that originated in Israel. This is a very old breed that developed from the selected breeding of the Pariah Dogs found in the wilds of the Middle East. This dog breed was originally used as a messenger and a herd protector.

The Canaan Dog stands between 19 and 24 inches tall. It weighs between 35 and 55 pounds. Its coat includes medium length strands of hair and long strands of hair. Its undercoat thickens in the winter to provide it with extra warmth and insulation. It comes in three color combinations: white and black, harlequin, and variegated shades of brown. Solid colored coats of white, black, and brown are also common. This dog makes a good family pet and a great addition to a multi-pet household.

The Canaan dog is a working breed with excellent herding instincts. It is also an excellent guard dog. It is docile and loving to its masters but very suspicious of strangers.

Origin of the Canaan


Drawings in ancient tombs dating back to 2200 BC resemble the Canaan dog and it is strongly believed that this breed is even older than that. The Canaan dog reached the United States in 1965 when Dr. Rudolphina Menzel, the founder of the breed, sent four Canaan dogs by ship.

The Canaan dog is believed to have developed from the wild dogs of Israel. This breed is originally used to herd and manage sheep; it is also sometimes given guarding duties.

With its intelligence, the Canaan dog has also been used as a war sentry and messenger. It has also been employed in detecting mines, tracking, search and rescue, and guiding.

Appearance and Abilities of a Canaan


The Canaan dog is a medium-sized breed. It has a square well-balanced body, showing a clear and distinct outline. Its head is wedge-shaped and the ears are low-set and erect. The tail is bushy and curls over the back when it is excited. The Canaan dog’s coat is straight and flat-lying.

Coat colors may range from black through all shades of brown. Sandy to red or liver is also accepted. Canaan dogs have two basic color patterns. One is predominantly white with mask and with or without additional patches of color. The other is colored solidly with or without white trim.

It is very athletic and agile and quick in its movements. It has good herding and guarding instincts and is a typical working dog for farms, because it makes a useful worker as well as a good companion.

The Canaan dog has a very inquisitive nature. However, it tends to be aloof with strangers.

These dogs are alert and vigilant dogs and they tend to be reserved and rather aloof to strangers but they are devoted and docile when they are around their family. They are also inclined to being territorial, making them great guardians of property.

This breed is docile to its owners but it tends to get very vocal when strangers are around. They may tend to bark a lot which can be frustrating at times. Owners should train this breed to modify unwanted behaviors. Their highly territorial personalities make them great guard dogs and they also excel in obedience and agility training.

Training and Care of the Canaan

In order to successfully keep a Canaan Dog, the family must establish their place as the pack leader. As humans, we should always take that alpha role. Dogs must know that they are below us.

Canaan dogs with dominance issues can be dangerous because they tend to be territorial even to their owners. They may become too willful and will not listen to, much less follow to any of their owners’ commands.

Want to learn how to transform your Canaan Dog’s behavior? Click here to find out how.