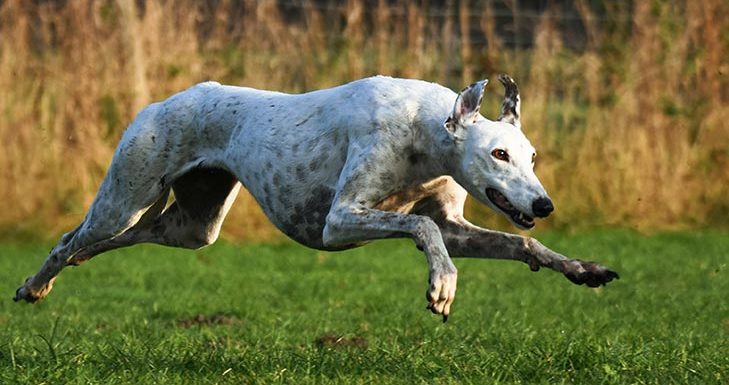 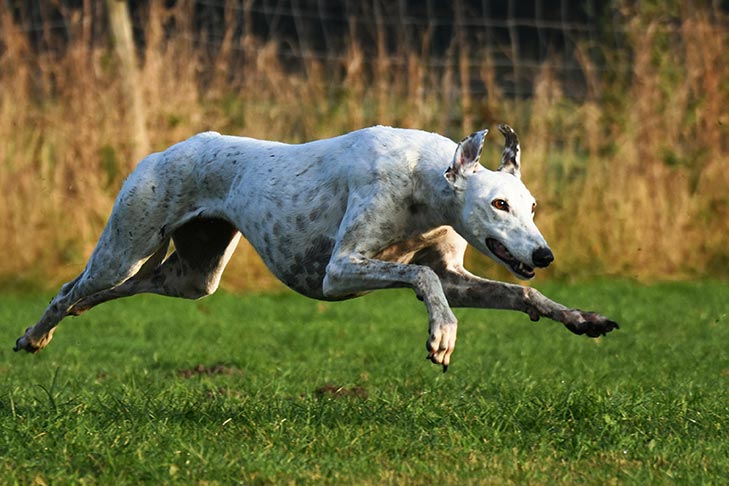 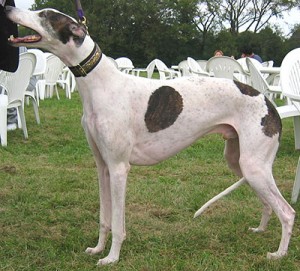 The Greyhound is an Egyptian breed that was originally used to hunt wolves, wild boars and deer. This breed was originally associated with aristocracy and high class citizenship. Today this breed is used for racing, hunting and for pets.

The Greyhound is a tall athletic dog that stands between 27 and 30 inches tall and weighs between 60 and 70 pounds. They usually have a short, close coat that comes in a variety of colors including: multi-color, white, blue, fallow brindle, black, and red. This dog is truly a gentle giant that are great with kids. Since they were bred as hunting dogs they have a natural instinct to chase anything smaller then they are so they may not be the best housemates for small pets.

Origin of the Greyhound


Greyhounds are one oldest breeds of dog. The earliest evidence of the Greyhound are tomb carvings in Egypt that date back to 2900 B.C. They are also the fastest canine in the world. Greyhounds are believed to be the descendants of the Arabian Sloughi and they were brought to Europe by traders before 900 AD.

Greyhounds were originally bred as hunting dogs. Deer and wild boars are the most common prey for this breed. The speed, determination, and strong jaws of the breed prove to be formidable to prey that is sometimes much larger than the dog.

Today they are used primarily in dog racing. Due to the history of poor treatment of race dogs Greyhounds devotees are trying to tout the breed as great house pets.

The most distinct ability of the Greyhound is its speed. It is the fastest dog in the world with speeds up to 61 km/h. A combination of long, powerful legs, deep chest, flexible spine and sleek build allows it to sprint at top speed with ease.

Greyhounds are quite tall. For Greyhound males, they measure up to 30 in at the withers but only weigh around 27 to 40 kg. Females tend to be slightly smaller and lighter.

Greyhounds have very short hair, which is easy to maintain. There are approximately thirty recognized color forms, of which variations of white, brindle, fawn, black, red and blue (gray) can appear uniquely or in combination.

Their speed is mainly attributed to their light but muscular build. Greyhounds have the highest percentage of fast-twitch muscle, which is responsible for powerful explosive movements, of any breed. The manner of sprinting is also unique. The double suspension gallop and its extremely flexible spine makes Greyhounds cover more ground in less time.

Temperament and Tendencies of the Greyhound


Greyhounds can be very independent minded and willful. However, they are very loyal dogs with a sensitive, sweet, and elegant temperament.

Their intelligence is high although undervalued and overshadowed by its distinct speedy characteristic. Greyhound’s reserved behavior toward strangers and even to their own master is a natural trait.

Greyhounds seldom present difficulties with other canines and they are generally good with children. However, Greyhounds do not like rough play. They like to be calm and reserved inside the house. As explosive and fast they are on the chase, they tend to be lazy when at home.

Socialization is very important to Greyhounds. Socialize them at an early age to prevent timidity. Let the breed encounter smaller animals. Yet always understand that this breed have a definite prey instinct.

Sometimes, Greyhounds are acquired after their racing days are over. And with sensitive and consistent training, they can become very good companions. Greyhounds are not difficult to house train which is great. Grooming them is also easy. The smooth, short-haired coat is very easy to groom. Simply comb and brush with a firm bristle brush, and dry shampoo only when necessary. This breed is an average shedder.

People might expect that Greyhounds require vigorous exercise but in truth, occasional brisk walks are adequate for the breed. At home, they are inactive and some would even say they are lazy.