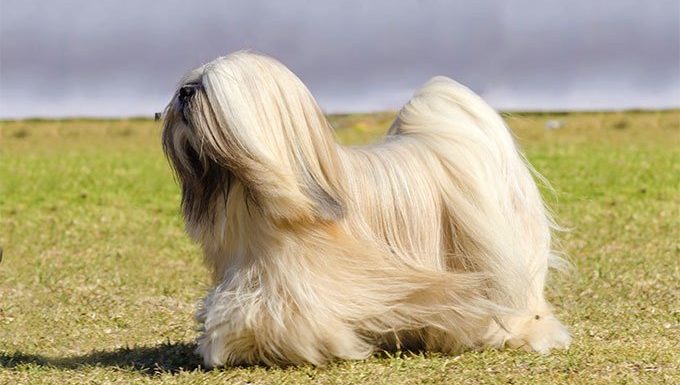 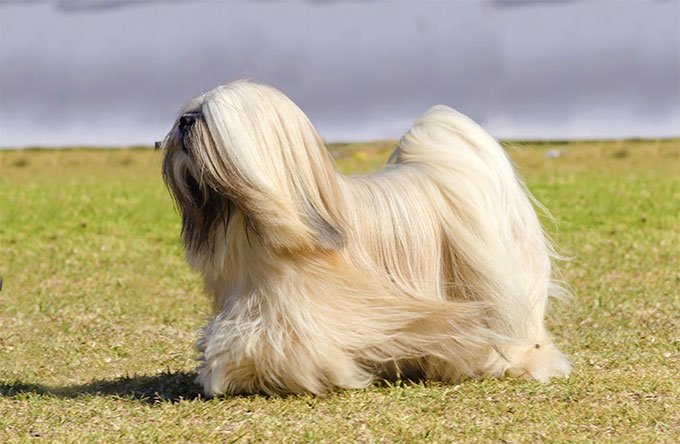 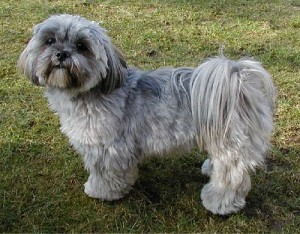 The Lhasa Apso is a Tibetan breed that is related to the Tibetan Terrier and the Tibetan Spaniel. This breed was bred as a luxury item that was treasured by the upper classed. Today this breed still maintains its position as a treasured lap dog and family member.

The Lhasa Apso is a small dog that stands between 10 and 11 inches tall and weighs between 13 and 15 pounds. They have a long, fluffy coat that comes in shades of sand, dark grizzle, smoke, white, gold, honey, black particolor, and brown. This cute little dog has a sweet disposition and they make a loyal companion.

History and Origin of the Lhasa Apso


The Lhasa Apso originated in Tibet, and were originally only bred by holy men and nobles. The breed originated hundreds of years ago in the isolated regions of the Himalayan Mountains.

It is known in its home country as the “bark lion sentinel dog,” the Lhasa Apso was used to guard Tibetan palaces and temples. Thought to bring good luck, this breed was considered to be sacred. There is an ancient belief that when its master died the master’s soul entered the Lhasa Apso’s body.

In the early 1900s, a few of the breed were brought by military men returning from the Indian subcontinent to England, where the breed was referred to as “Lhasa Terriers”. Lhasa Apsos are used to working with larger dogs and may relate to them more than smaller dogs.

The Lhasa Apso is a small but hardy and vigorous breed with a beautiful cloak of hair that parts down their back from head to tail. Their body length is longer than their height.

Its long coat comes in many colors and patterns and should be heavy, straight, and hard, not woolly or silky, and it should be very dense. All colors are equally acceptable with or without dark tips on the ears and beard.

They are highly intelligent, with keen instinct and acute hearing.

They are wary and suspicious of strangers. Their temperament is unique and they are joyful and mischievous, dignified and aloof. They are great companion dogs with friendly, assertive, manners. They can be very obedient to their masters.

It is one of the strongest-minded and strongest-willed of all small breeds. However, this breed responds to motivational training. Positive reinforcement is the best way to make them follow commands. Praises are great motivation for the breed.

They are highly expressive of their love and devotion, but have a mind of their own and want everything their way. The Lhasa Apso typically displays an arrogant and obstinate attitude.

The Lhasa Apso has been bred as indoor watchdogs for hundreds of years so it can be suspicious of strangers, so early socialization is critical.

The Lhasa Apso loves to play indoor games and is quite rambunctious, which largely meets their exercise needs.

It may be difficult to house train, so the crate method is recommended. It has a very small bladder and no control over its bladder or bowels. As the pup matures, it will gain more control over these bodily functions.

Unfortunately, this little dog often develop the Small Dog Syndrome, a human induced behavior, where the dog thinks he is pack leader to humans. Lhasa Apsos are not recommended for small children. Many Lhasa will not tolerate any nonsense from little life forms that they consider to be below themselves in importance.

The Lhasa Apso requires daily brushing to prevent tangles and mats. Their coat, if grown long, is extremely high maintenance. They may be bathed or dry shampooed on a regular basis or as necessary. Sometimes, they tend to have skin problems and the coat must be kept free of parasites.